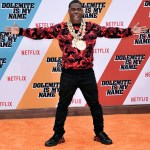 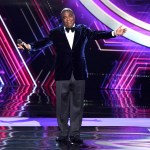 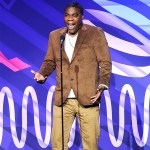 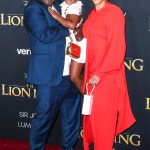 Wow, this is so scary. A massive car accident almost killed Tracy Morgan in June 2014, and he’s now admitted that the recovery was so rough, he even contemplated suicide. Find out what had him consider taking his life right here.

It’s been a rough year and a half for Tracy Morgan, but now that he’s basically fully recovered from the life-threatening injuries he sustained in the wreck, he’s not holding back about how difficult life was for him in the aftermath. Read his shocking admission about a suicide attempt here.

Even though he was barely able to walk and talk, the hardest thing for Tracy after the accident was the being plagued with the fear that he wouldn’t be able to do comedy again. “I said, ‘If my funny ever went away, I’d die,” he tells Rolling Stone. “And I thought I was going to die for a long time. My thoughts — I was in a very dark place. I was sitting right here, contemplating suicide. I couldn’t walk.”

The accident on the New Jersey Turnpike killed Tracy’s friend and fellow comedian, James McNair, and the comedian says a doctor told him, ‘The two biggest accidents in the world was yours and Princess Diana.’ The 47-year-old was in a coma for eight days and suffered a brain injury after the crash, but even though he doesn’t remember much, he reveals he thinks he paid a brief visit to the afterlife. “[My dad] was the one who said, ‘Go home, son. I ain’t ready for you yet,'” Tracy explains. “I don’t think I cheated death. I think this was the plan. My room wasn’t ready.”

“I still have s*** to do,” he adds. “It’s gonna take more than 18 wheels for me to get out of here. I have to raise my girl, raise my wife, raise my family.” Tracy has three sons with his first wife, Sabina, and his daughter, Maven, with Megan Wollover, was just one-year-old when the accident occurred.

Now, Tracy is back on the road on a comedy tour, and he’s planning on making it into a special. “I got a second chance. I just got to do it right this time,” he concludes. “I look forward to getting my wife pregnant again. I look forward to my daughter going to nursery school. I’m here. I get to see all that.”

HollywoodLifers, are you shocked that Tracy contemplated suicide?