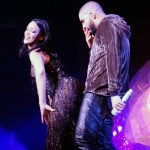 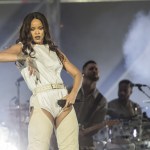 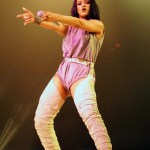 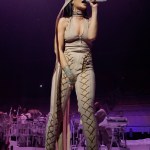 Fans attending Rihanna’s concert in Miami on March 15 got quite a treat…because Drake showed up as a surprise guest! As always, when the two performed together, their chemistry was off the charts and it was beyond sexy. Watch their duet of ‘Work’ here!

Whoa, talk about hot! Drake, 28, surprised the crowd at Rihanna’s concert in Miami on March 15 and the duo’s performance of “Work” was absolutely incredible. Of course, RiRi showed off her super hot dance moves while twerking against the rapper, and you can watch it all go down right here!

We’ve seen these two perform “Work” together before, so the grinding and sexy dance moves is nothing new, but it somehow never gets old. Plus, with Rihanna wearing a racy sheer jumpsuit and no bra underneath, the performance was made that much hotter.

The whole thing was a bit reminiscent of the video for the song, in which Rihanna flashes her nipples while wearing yet another sheer ensemble. That time, though, the two are in an empty room dancing by themselves, while this time, they were joined by thousands of screaming fans who went absolutely nuts for the live duet. What a great surprise!

It didn’t end there, either, as the 28-year-old stayed onstage to perform his own hit, “Jumpman,” which kept the crowd going. He then proudly watched the rest of the show from backstage and wrote on Instagram, “Watching Rih perform on Anti tour like [hands praying emoji]. had so much fun tonight.” It sure looked like it!

Although Rihanna initially delayed the beginning of her Anti tour after canceling her Grammys performance in February, things are well underway now, and seem to be going great. Check out all her amazing tour outfits here and make sure to get your tickets if she’s coming to a city near you — this looks like one you won’t want to miss!

What do you think of Rihanna and Drake’s performance, HollywoodLifers? Are you surprised that he showed up to her concert?