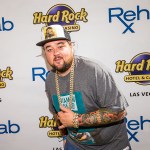 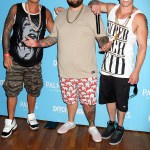 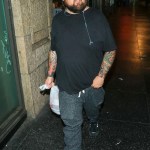 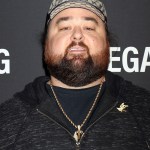 Chumlee is out on bail and ready to party! On March 11, one day after Chumlee was released from jail, HollywoodLife.com has the EXCLUSIVE scoop that the ‘Pawn Stars’ regular will try to forget about his pending drug and weapon charges by DJing at the Tru nightclub in Vegas!

After ponying up the $62,000 bond for bail, Chumlee, 33, is a free man! The Pawn Stars cast member still has to deal with the weapons and drug charges that landed him behind bars in the first place, but HollywoodLife.com has EXCLUSIVELY learned that Chumlee’s will celebrate his freedom by going clubbing!

DJ Chumlee in the house! Fans who want to show their support for him better head to the Tru Nightclub in Las Vegas on March 11. “Chumlee will be in the building tonight and he will be performing sets as a DJ,” Steven, a manager of the club, EXCLUSIVELY tells HollywoodLife.com. “We’re expecting him to be there tonight at 11 [P.M.]. I haven’t spoken to him and I don’t know anything about him being arrested or anything. All I know is that he’ll be in the club performing tonight.”

While people can get their groove on while Chumlee blasts the jams, don’t expect to get a selfie with the Pawn Stars goof. “Now, there will be absolutely zero pictures being taken of him,” Steven tells HollywoodLife.com. “Our security will be heavy, heavier than ever, and if anyone is in there trying to snap pictures or videos, they will be immediately escorted out.”

Chumlee got out of jail on March 10, and his lawyer said his client was booked on 19 drug charges and one charge involving a firearm. However, Chumlee and his lawyer are “looking forward to the truthful conclusion.”

Chumlee’s co-stars have shown support for their fellow Pawn Stars personality. Corey “Big Hoss” Harrison, 32, said that people shouldn’t “believe everything you hear,” including the talk about his friend. Plus, Rick Harrison, 50, who has known Chumlee since he was a child, said that he and his family “are here to help.”

Maybe they’ll help Chumlee celebrate his freedom tonight? His hot Vegas girlfriend, Tanya Hyjazi, should be there to help him enjoy his time outside of jail. Considering just how much trouble Chumlee is in, he could be headed back there for a long, long time.

Are you going to see Chumlee in Vegas, HollywoodLifers? Do you think it’s appropriate for him to DJ one day after making bail?