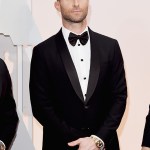 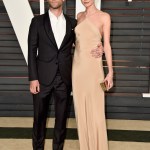 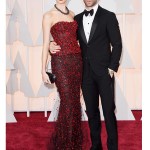 Wait! Is Adam Levine really quitting ‘The Voice’ so that he can stay home with his wife, Behati Prinsloo after she gives birth to their first child? HollywoodLife.com has the exclusive scoop on what’s next for this hottie and his beautiful wife!

Adam Levine, say it ain’t so! HollywoodLife.com did some investigating after we saw a report that claimed Adam was quitting the hit NBC show, The Voice, once Behati Prinsloo gives birth. We would be absolutely shocked if this happened and we know so many fans would be devastated!

“Adam would stay with The Voice and will stay with The Voice even if he becomes a father,” an insider tells us. “The amount of time he would have to be away really wouldn’t be that much. He could easily do both. The Voice schedule would offer no neglect to family duties and he would be able to do it because The Voice would be accommodating to all of his needs. They would all be able to work out a proper schedule to make it all work out. ” This is so good to hear since we were so worried that Adam would leave the show and he’s one of the main reasons we tune in each week — besides Blake Shelton of course!

The news of Adam and Behati’s baby news broke on March 10 via Us Weekly and we couldn’t be more excited for the happy couple. A source told the magazine that Adam is “over the moon” with happiness — so cute! But we bet Behati is so excited too because she’s been very open about wanting to start a family. “I’ve always wanted a family since I was a little girl, a big family… I’m an only child so I wanted like 10 kids… for sure,” she told The Lowdown with Diana Madison.

HollywoodLifers, do you think Adam will quit The Voice to focus on being a dad?