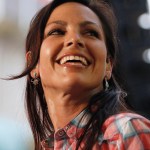 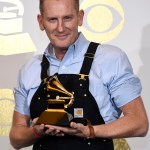 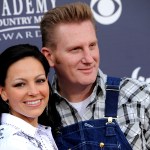 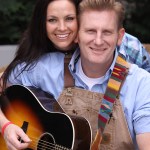 Country singer Joey Feek has sadly passed away at the too-young age of 40. Succumbing to cervical cancer on March 4, Joey leaves behind her husband, Rory Feek, and their two-year-old daughter, Indiana.

Truly devastating. Joey Feek lost her months-long battle with cervical cancer on March 4. She is survived by her husband, Rory Feek, 49, also a country singer, their one-year-old daughter, Indiana, as well as two teenage stepdaughters, Heidi and Hopie. Joey was just 40 years old. She died in the comfort of her home where, according to Rory, she was “at peace.”

Rory confirmed Joey’s death on his blog earlier today. “My wife’s greatest dream came true today. She is in Heaven,” he wrote. “The cancer is gone, the pain has ceased and all her tears are dry. Joey is in the arms of her beloved brother Justin and using her pretty voice to sing for her savior.” (See the full blog post here.)

Before Joey’s passing, Rory continuously wrote on his blog to give everyone updates on her dire condition, while constantly showing a positive outlook. Back in November, he revealed that Joey had been moved into hospice care, and she was fighting for her life in the comfort of her home in the months leading up to her death. “Joey is at peace with where she is and where she’s going. So am I,” he wrote at the time.

Things were looking much better for the country singer around the holidays — just before Christmas, she was out of bed and playing with her daughter, and she was able to celebrate the holiday with her family. But by January, Rory admitted that Joey’s health had taken a turn for the worse, and that she was in much worse pain than ever. “She’s been having serious talks with Jesus,” he wrote. “She said she told him that if He’s ready to take her, she’s ready to come home.”

Joey bravely prepared her family for her inevitable death, and managed to give one final interview to People magazine, in which she gushed over her love for her husband and discussed her difficult months of illness. “From the first song Rory sang, I fell head over heels for him,” she said. “I didn’t even know him, but something inside me said, ‘You’re going to marry that man and spend the rest of your lives together.'” What a beautiful story.

We cannot imagine what Rory and Indiana must be going through and we are sending the two of them as well as the rest of Joey’s family all the positive energy as they deal with this heartbreaking loss. Celebs like Carrie Underwood and Blake Shelton also reacted to the tragic news on Twitter.

Joey’s rep sent HollywoodLife.com the following statement, regarding her funeral: “The funeral will be a private service. In lieu of flowers a donation can be sent to: Joey and Indy at PO Box 5471 Vancouver, WA 98668.”