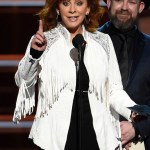 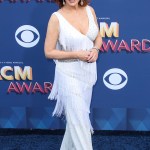 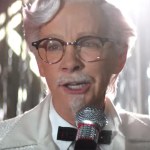 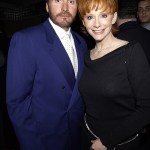 Reba McEntire, 60, just made a confession about the ending of her marriage with music manager Narvel Blackstock, 59. The country star also shared how she has been coping with the loss of someone she loved for so many years. Read on for more details.

All country music lovers were surprised in Aug. 2015, when Reba and Narvel announced they were getting a divorce after 26 years of marriage. The singer revealed on Facebook in Oct. 2015 that the divorce was finalized, but she is now saying that she never wanted it.

“The divorce was not my idea,” Reba said in an interview with iHeartRadio station CMT Radio Live. “I didn’t want it in any shape, form or fashion. So it was really hard to make the adjustment.” The beloved country star has relied on her faith in God to get her through this difficult time in her life.

“I’ve prayed every day to help me have the strength to move one foot in front of the other, to continue on with what I’m supposed to be doing and why he put me on this Earth in the first place,” Reba told the radio show. She is also thanking her good team and her family, who have been helping her transition into this new life.

Reba and Narvel both have a son together, Shelby Blackstock, 26, who is a race car driver. The music manager also has three children from a previous relationship, including Brandon Blackstock, 39, who is married to singer Kelly Clarkson, 33. Reba ultimately just wants everyone in their family to live a good life after their heartbreaking split.

“I just want everybody to be happy in their lives because our lives are too short to be miserable, so I just thought it was the best thing to take my marbles, go play somewhere else,” Reba concluded. That is some pretty amazing advice.

HollywoodLifers, were you shocked to hear that Reba never wanted to divorce Narvel? Let us know!