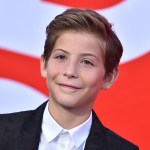 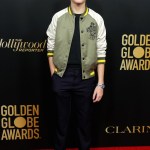 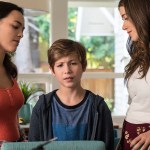 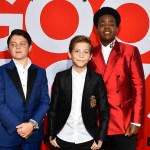 Jacob Tremblay is literally everywhere these days! The adorable actor is making a guest appearance in the upcoming season of ‘Last Man on Earth’ and we are beyond excited. Click to see his hilarious cameo!

When it comes to being the cutest little boy in Hollywood, Jacob Tremblay, 9, has zero competition. But who knew he had a feisty side to him? In a new clip for Fox’s hit show Last Man on Earth, the tiny actor makes a hilarious cameo that he is one quick-witted kid!

In the clip, we see Jacob’s character (the younger version of Phil — played by Will Forte) who appears to Mike Miller (Jason Sudeikis) in an illusion after his space shuttle lands back on Earth. Mike thinks that he is the last man alive on Earth, but as we know — he’s wrong. His big brother is still alive and well! Any who, in the clip we see Jacob’s character fire off quick insults to Mike while sitting in a small raft. He mocks him and says “boo-hoo, we’re going to die.” He then calls Mike “stupid,” a “freakin’ turd” and “fart face” — too funny. All in all, Jacob’s cameo is nothing short of amazingness!

Jacob spent the last few months tearing up the award show circuit and snapping selfies with tons of famous faces. He was even able to present a big award at the 2016 Oscars where again, he stole our hearts. When he appeared on stage, but was too short to reach the mic. So,  Chris Rock, who was hosting, had to run back out onto the stage with a wooden box for the little guy to stand on. “Thanks, Chris! I loved you in Madagascar!” the tiny actor told the comedian.

HollywoodLifers — are you exciting for Last Man on Earth to return? Tell us below!