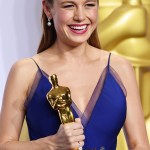 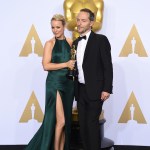 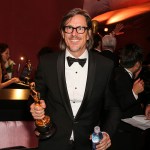 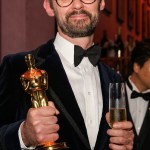 No matter how many professional photos are taken on the red carpet, there’s nothing quite like a selfie — at least according to Tom Hardy and Leonardo DiCaprio! And boy did ‘The Revenant’ costars up the Oscar selfie game on Feb. 28. In fact, their spontaneous pic is almost too sexy to handle — check it out!

The Oscars are Hollywood’s biggest night, so naturally every moment has to be captured and remembered. And Tom Hardy, 38, and Leonardo DiCaprio, 41, totally took advantage of documenting the big night! Tom eagerly whipped out his phone to snap some epic — and insanely hot — photos on the red carpet with Leo. And the result? A hunk overload! Oh, and you’ll never guess what’s on the back of Tom’s phone case!

The two actors made sure to find each other on the 2016 Oscar red carpet on Feb. 28, and when they did, Tom couldn’t resist snapping the moment on his phone — even his wife, Charlotte, got in on the action! The photo op turned out super cute and of course both men looked incredibly dapper.

But wait, there was something so incredibly brilliant about Tom’s phone case…it featured a black and white photo of himself with his dog on it! So great, right? With a unique case like that, we’re not surprised Tom was all into the selfies, after all, his gadget turned out to be quite the accessory for the star! And hey, if we were Tom Hardy we probably would have ourselves on our phones too.

Tom and Leo were both Oscar nominees last night (Tom up for Best Supporting Actor and Leo up for Best Actor), but only Leo ended up taking home the gold in their shared flick, The Revenant. But at least Tom snagged a pic with the big winner to remember the night by — and what a pic it was! We’re sure Tom was super psyched for Leo’s win though, after all, it’s been a longtime coming.

Leo even seemed to think that odds were in his favor as he confidently told Robin Roberts, “The truth of the matter is I just feel blessed to be able to do movies like this. I’ve worked for almost 25 years in this industry and here I am representing a movie that I feel so particularly proud of…This is the big show. After years and years of hard work this is the end of it all. It’s bittersweet as well.” He SO knew it was going to be his night. And we are so happy for you, Leo!

Tell us, HollywoodLifers: how much do you love this red carpet selfie? Pretty hot, right?