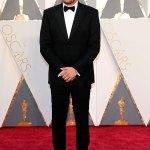 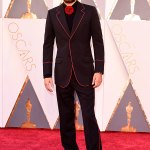 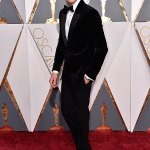 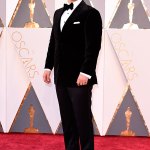 Prepare to fan yourself, these hotties are burning up the 2016 Oscars red carpet! From Ryan Gosling to Leonardo DiCaprio, check out the PICS!

On Sunday night, Feb. 28, the 2016 Academy Awards took over Hollywood, California — along with all of the top movie stars from around the world. Obviously that includes some of the hottest guys in Tinseltown, including everyone’s favorite to win, Leonardo DiCaprio, 41.

Is it hot in here, or is it just these incredibly sexy pics from the Oscars? The hunks sure came out to play for the biggest night in movies, and we have to say — they were NOT messing around!

All eyes were on Leonardo DiCaprio, obviously, because he seems to be the frontrunner for the Best Actor award, which would be his first-ever Oscar despite a lengthy career making amazing films. His co-star from The Revenant, Tom Hardy, was also looking fine in the red carpet!

Then of course we have Ryan Gosling, who was on hand at the big show in support of his nominated film, The Big Short. And, as always, Jared Leto looked handsome as ever — plus, he’s presenting with his Suicide Squad co-star, Margot Robbie!

We could never forget to mention Captain America himself, Chris Evans, who was invited as a presenter. The superhero wore David Hart for Johnston & Murphy shoes along with his tux.

Sylvester Stallone definitely deserves a mention, because he looked jaw-droppingly handsome in a dark blue suit jacket with all-black underneath. John Legend also looked handsome in a classic tuxedo, especially as he cradled his wife, Chrissy Teigen‘s, pregnant belly. Swoon much?

Let’s not forget host Chris Rock, who looked incredibly dapper in his tuxedo before the show — AND during. There was also Henry Cavill, Michael B. Jordan, Jared Leto, and so many other hot guys at the Oscars!

Tell us, HollywoodLifers — Which one of these DELICIOUS hunks was your favorite? Comment below with your thoughts!