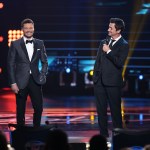 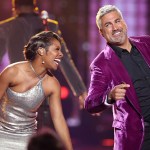 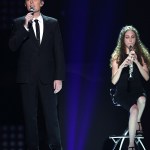 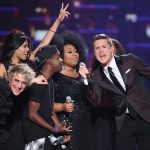 Kelly Clarkson’s emotional performance of ‘Piece by Piece’ on American Idol Feb. 25 had us all near tears, but no one was more moved that judge Keith Urban. HollywoodLife.com has learned EXCLUSIVELY why the country singer was so overwhelmed by her new song.

So touching! Keith Urban, 48, was visibly in tears as a very pregnant Kelly Clarkson, 33, belted out her inspiring song about her 39-year-old husband Brandon Blackstock‘s unconditional love for her and their two-year-old daughter River Rose, in “Piece by Piece.” We know Keith too is a dad, with his two little girls Sunday Rose, seven, and Faith Margaret, five, by wife Nicole Kidman, but HollywoodLife.com has EXCLUSIVELY learned why Keith’s emotional response was so intense.

“Keith was touched by Kelly’s raw emotions during her performance but it was really his own emotions that had him feeling overwhelmed. Her song was all about her father and the father of her children which struck a chord with him,” a source tells HollywoodLife.com EXCLUSIVELY.  “Unlike Kelly, Keith grew up having a great relationship with his father Bob. Unfortunately he died in December and Keith is still heartbroken over it. Hearing Kelly sing about what a great father her husband is got to him,” our insider adds. Get Keith’s hit “Break On Me” by clicking here.

“Not to mention Keith is a dad as well to two beautiful daughters. Being the best father he can be to his two little angels is the most important thing in the word to Keith. Kelly’s song hit home on all sorts of levels and he couldn’t help but break down in tears,” our source continues. We loved his heartfelt response to Kelly’s song and how he wasn’t at all afraid to let his feelings show!

Kelly herself broke into tears in the autobiographical song, barely making it to the end, but she gathered herself and told the audience she was “super pregnant and hormonal.” With the heartbreaking lyrics to the song about her own dad leaving her when she was only six and the passion to which she sang the song, you’d have to be made of stone not to get the feels over it!

HollywoodLifers, did Kelly’s moving performance bring you to tears as well?