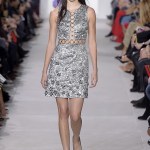 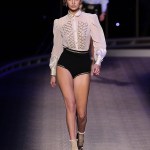 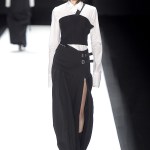 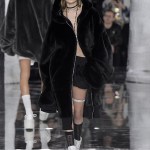 Kendall Jenner and Gigi Hadid are two of the biggest young supermodels around, and they’re also besties. But who is your fave? Check out our gallery and vote now!

There’s no doubt about it — Kendall Jenner, 20, and Gigi Hadid, 20, are HOT. They’ve transformed into supermodels before our very eyes, and they’re everywhere. From hitting the runways to magazine covers, Gigi and Kendall are taking the modeling industry my storm. But it’s time to choose — Gigi or Kendall?

Kendall and Gigi are the sexiest BFFs in Hollywood. Wherever Kendall goes, Gigi goes. Wherever Gigi goes, Kendall goes. One of Kendall and Gigi’s most memorable modeling moments was the 2016 Victoria’s Secret Fashion Show. Gigi made her debut at the show as a sexy butterfly. Kendall wore a tight corset and rocked a bohemian look.

Before the girls hit the runways for NYFW in Feb. 2016, both Kendall and Gigi graced the runway for the Chanel Haute Couture show at Paris Fashion Week. The BFFs then took their talents to NYC. Gigi wowed at the Zoolander 2 premiere in a glam gown.

The girls have also been featured in some very sexy campaigns lately. Gigi flaunted major underboob in a racy Sports Illustrated photo shoot. Kendall showed off her incredible body in her bra and underwear in new Calvin Klein ads.

Both Kendall and Gigi are amazing models. The besties are only 20 years old, and they have a long and incredible career ahead of them. But it’s time to decide which girl is your favorite! Take our quiz now!

HollywoodLifers, who is your favorite supermodel? Let us know!