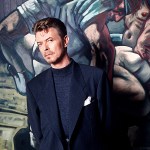 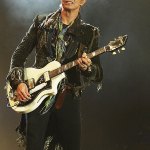 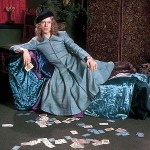 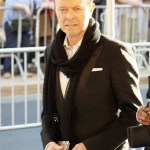 Lady Gaga is taking all criticism of her David Bowie tribute performance at the 2016 Grammy Awards in stride, especially coming from his son, Duncan Jones. Gaga was just trying to honor her hero, and she’s hoping she did him justice!

After the late David Bowie‘s son, Duncan Jones, criticized Lady Gaga‘s Grammys tribute on Twitter, Gaga wasn’t offended. The pop queen is respecting Duncan’s opinion and just hoping with everything she has that she did right by Bowie, according to a source who spoke to HollywoodLife.com EXCLUSIVELY. She’s one of his biggest fans!

“Lady Gaga believes everyone is entitled to their own opinion, including David Bowie’s son Duncan Jones,” the insider told HollywoodLife.com EXCLUSIVELY. “She is, and always has been, a huge fan of David Bowie, his music, and what he stood for. She gave it her all [at The Grammys] and hopes she did the legendary rocker justice. She’s just super grateful she got to pay her respects by honoring him on such a special night.”

"overexcited or irrational, typically as a result of infatuation or excessive enthusiasm; mentally confused." Damn it! What IS that word!?

Of all people who are entitled to their own opinion about a Bowie tribute, it’s 100% his son! His critique of her performance was a little harsh though; he took to Twitter immediately after the performance and called her “overexcited,” full of “excessive enthusiasm,” and “mentally confused.” That wasn’t necessary! It must have stung to read what Duncan thought about her tribute, even if she is respecting his beliefs.

Her performance at The Grammys was an insane mashup of nine of Bowie’s best-known songs, including “Space Oddity,” “Rebel Rebel,” “Heroes,” and “Fame.” Gaga dressed as Ziggy Stardust, complete with shaggy, bright orange hair and blue eyeshadow, and rocked a number of futuristic outfits. Just like her hero!  The performance, though pretty manic, was a beautiful tribute to someone she clearly admired.

HollywoodLifers, did you like Gaga’s Bowie tribute? Tell us in the comments!