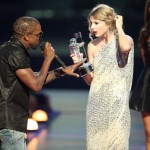 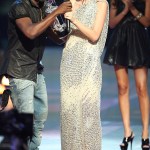 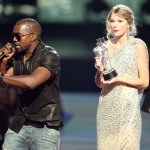 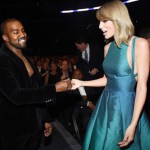 The battle is back on between Kanye West and Taylor Swift now that he’s released a shocking song lyric about her! So much has already happened since ‘Ye dropped ‘Famous’ on Feb. 11, and if you need a refresher, we’re here to help. Here’s everything you need to know about the new fight!

It’s been a year since Taylor Swift, 26, and Kanye West, 38, proved they’re so totally over their feud that began in 2009…but on Feb. 11, Yeezy reignited things all over again. From his new song, to her response and his Twitter reaction, we’re breaking down the drama step by step right here. Catch up with our help if you’re behind!

Even though Kanye rushed the stage and interrupted Taylor’s VMAs speech in 2009, the 26-year-old proved she was SO over it by presenting him with the Video Vanguard Award at the same show in August 2015. But Yeezy started things up again by releasing the song “Famous” at his Yeezy Season 3 show on Feb. 11, on which he sings, “I feel like me and Taylor Swift might still have sex, I made that b*tch famous.” YIKES!

While the entire Kardashian family showed support for ‘Ye by dancing along to the song at his fashion show, Tay had her own squad of pals who took to social media to back her up. The best reaction of all had to be from her little bro, Austin Swift, who shared a video of himself throwing out his Yeezy sneakers with the caption, “Getting a head start on some spring cleaning.” LOL! Selena Gomez, 23, backed her BFF in a more subtle way by simply liking Austin’s post on Instagram, while Martha Hunt left her support by writing, “Yessssss” in a comment on the vid. “I’m so sad right now & disappointed right now,” Jaime King added on Twitter. “I stand by my sister. Always.”

What stood out the most to fans, though, was the fact that Tay’s bestie, Gigi Hadid, 20, was at the Yeezy show with Kendall Jenner, 20, but she made sure to make it clear that she’s still on team Taylor. “My attendance somewhere does not mean I agree with everything being said in the music playing there,” she tweeted. “My friends know of my loyalty.”

Amid all this, the “Wildest Dreams” singer released a statement via her spokesperson, explaining that, while Kanye did give her a phone call about the song, it wasn’t to get her blessing. “Kanye did not call for approval, but to ask Taylor to release his single “Famous” on her Twitter account,” her rep said. “She declined and cautioned him about releasing a song with such a strong misogynistic message. Taylor was never made aware of the actual lyric, ‘I made that b**tch famous.'”

The rapper took to Twitter on Feb. 12 to retaliate against the critics, and totally refuted everything Taylor’s rep said in this statement, insisting Tay was made aware of the lyric, claiming she thought it was ‘funny,’ and even that it was her who gave him the idea!

“I did not diss Taylor Swift and I’ve never dissed her…” he wrote. “First thing is I’m an artist and as an artist I will express how I feel with no censorship. 2nd thing I asked my wife for her blessings and she was cool with it. 3rd thing I called Taylor and had an hour long convo with her about the line and she thought it was funny and gave her blessings. 4th B*tch is an endearing term in hip hop like the word n***a. 5th thing I’m not even gone take credit for the idea… it’s actually something Taylor came up with. She was having dinner with one of our friends who’s name I will keep out of this and she told him I can’t be mad at Kanye because he made me famous! #FACTS.”

Well, that’s where we’re at for now, but we have our eyes peeled for Taylor’s next retaliation, of course! And since she’s opening the show at the 2016 Grammys on Feb. 15, there’s a pretty big opportunity for this drama to continue — stay tuned!

HollywoodLifers, what are your thoughts on Taylor and Kanye’s feud? Do you think they’ll make up again? Let us know and then check out videos about these stars and more RIGHT HERE.