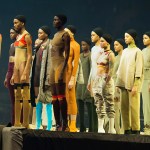 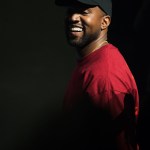 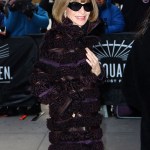 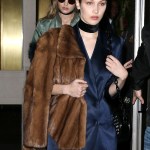 After Kanye West unveiled his new album during the YEEZY season three show, Gigi Hadid has made it very clear that she does NOT support his diss track about her BFF, Taylor Swift.

Gigi Hadid, 20, took to Twitter to share her thoughts about the nasty song Kanye West, 38, released about Taylor Swift, 25, which is called “Famous.”

Team Yeezy? Not for Gigi! Even though she was in attendance at his YEEZY season three show on Thursday, Feb. 11 in New York City, the model and close friend of Taylor Swift is not happy about one of his new songs. During the show Kanye played almost every single track off of his upcoming album, The Life Of Pablo, including a song called “Famous” which tears into Taylor. Shortly after the show Gigi hopped on Twitter and let everyone know where her “loyalty” lies — and it’s still with Tay-Tay!

“My attendance somewhere does not mean I agree with everything being said in the music playing there,” Gigi wrote, making it clear whose side she was on when it came to the diss track. “My friends know of my loyalty.” Don’t mess with the squad, Ye!

And no, Gigi was not the only squad member to defend their “Fearless” leader, T-Swift. Jaime King tweeted that she was “disappointed” in Kanye for releasing the song, and Taylor’s own brother, Austin, made a hilarious video that depicted exactly how he felt about the song — and Kanye.

In the Instagram video, Austin whistles as he casually walks towards his closet, reaches inside to grab the YEEZY sneakers he owns off the shelf, and then tosses them in the trash. Brilliant!

Plus, Taylor’s longtime friend Selena Gomez made it clear whose side she was on when she liked Austin’s Instagram video. Taylor’s fans were totally freaking out over all of the support, and even screen capped the moment Selena double-tapped on Austin’s Instagram to show her support. Hey, that’s what friends are for!

Tell us, HollywoodLifers — Which side are you on, Kanye or Taylor’s? Comment below with your thoughts!