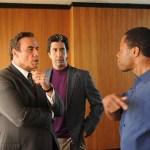 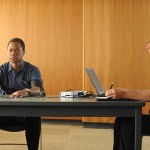 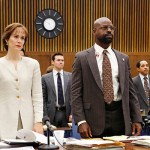 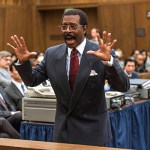 With ‘American Crime Story’ premiering on February 2, it’s important to understand the real murder trial portrayed in the series. Read on for five important facts about The People of the State of California v. Orenthal James Simpson!

O.J. Simpson‘s 1994 murder trial is considered to be the most publicized criminal trial in United States history, so it’s no surprise that American Crime Story is profiling the case for its first season. American Crime Story: The People vs. O.J. Simpson will delve into the details of football star’s very real trial, in which he was accused on two counts of murder for his wife, Nicole Brown Simpson, and friend, Ron Goldman. Click through to learn more about the real case!

1.) O.J. and Nicole has a troubled marriage before the murder. O.J. and Nicole were married on February 2, 1985, five years after his NFL retirement. They had two children together, daughter Sydney and son Jason. Nicole filed for divorce from O.J. in 1992, citing “irreconcilable differences;” in 1989, O.J. pled no contest to spousal abuse, five years before her murder.

2.) O.J. was found not guilty. Despite the fact that there was insurmountable evidence that he committed the murder, and no other potential suspects, O.J. was found not guilty on both murder charges. Nicole and Ron were found slaughtered on June 13, 1994 inside Nicole’s condo in LA, both suffering stab wounds. Nicole was stabbed multiple times in the head and neck, and had defensive wounds on her hands; her neck wound was so brutal that her larynx was visible.

3.) He attempted to escape arrest in an infamous, wild police chase. O.J. was supposed to turn himself in to the LAPD the morning of June 17, 1994,  but never showed. Friend and lawyer, Robert Kardashian (yes, the fam’s father), read a letter from O.J. at a press conference that implied he was going to commit suicide. That evening, O.J. was spotted on the freeway in Orange County, CA, speeding in his white Ford Bronco. Police chased after him for about two hours, as spectators wondered if he would actually commit suicide or be arrested. The chase ended at his LA home, where he finally surrendered to police.

4.) “If it doesn’t fit, you must acquit.” Expect to hear this a lot during the show! A bloody black leather glove was found at the crime scene, and another near the guest house at O.J.’s property. Both gloves contained DNA evidence from O.J., Nicole and Ron, along with a blonde hair much like Nicole’s. During the trial, defense attorney Johnnie Cochran convinced prosecutor Christopher Darden to make O.J. put on the glove from the crime scene; he struggled to get it to fit. “If it doesn’t fit, you must acquit,” is a line Johnnie used several times to prove that it couldn’t be O.J.’s glove!

5.) Watching the trial halted productivity! People were so captivated by the results of the trial that halted productivity cost the country an estimated $480 million. Long distance calls stopped by 58%, trading volume at the Stock Exchange declines 41%, and water usage even decreased: people weren’t using the restroom because they didn’t want to miss the verdict!