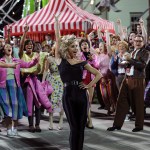 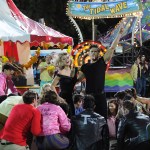 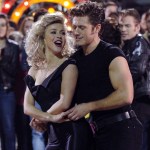 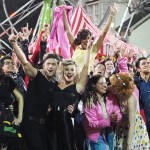 This is just so cute! Taylor Swift and Gigi Hadid had a girls night to watch ‘Grease: Live’ and they were singing along on their Snapchats! We just love how they were watching along with the rest of us!

While everyone was on their couches watching Grease:Live, so were your favorite stars. Gigi Hadid went to Taylor Swift‘s house for a fun viewing party with just the two of them. As we watched and sang along with songs like “Grease Lightning,” and “Hopelessly Devoted,” so did Taylor and Gigi!

The girls sat on Taylor’s couch and belted out the hits from the 1978 musical. As Julianne Hough and Aaron Tveit totally rocked FOX’s live show, the girls looked to be having an awesome time! We just love how they had a girls night and watched the show. It was a blast for us to watch and clearly they had a good time too.

Perhaps watching this show lit a fire under Taylor to do TV. We told you that a source told HollywoodLife.com that Taylor wants to actually be part of FOX’s hit show, Scream Queens. “Ryan Murphy really wants Taylor Swift to be a part of it,” an source told us. “And now that she has some time on her hands with no tour obligations, she is considering to take a part on the show. Ryan wants to write her a character so good that she has no reason to say No.”

We actually spoke to Ryan and he told us that he would love to work with her! “I love Taylor Swift. I go after Taylor Swift for everything that I do. I have great affection for her. And she’s always been so nice about giving me stuff. And I think she’s great. I would love to work with her. I actually called her people about her for this, but she had already booked a tour, and I said, just do one episode, but she couldn’t even do that. But some day, because I’m a big fan.”

HollywoodLifers, did you watch Grease:Live with your girlfriends too? Sound off below!