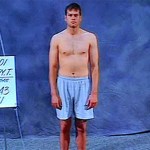 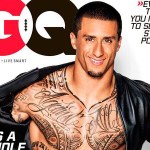 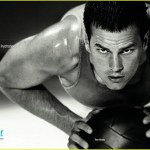 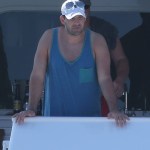 Cam Newton has held the position of Carolina Panthers quarterback for the last five NFL seasons, but with a 15-1 record in 2016, he is having the most insane season of his career. Going into the Jan. 24 NFC Championship Game, get to know more about Cam right here!

There are plenty of amazing players in the NFL, but Cam Newton is undeniably one of the game’s biggest superstars. The 26-year-old Carolina Panthers quarterback led his team to a franchise-best 15-1 record in the regular season, and is now just one win away from Super Bowl 50. Don’t know much else about Cam besides the fact that he’s a ridiculously good football player? Learn five quick facts about him below!

1. Although he has only been with one professional team, Cam actually played for three teams in college.

Before ending up at Auburn University, Cam initially began his college football career at the University of Florida. As a freshman in 2007, he happened to be competing against Tim Tebow for the quarterback spot. After suffering an injury in 2008 that required Cam to take a medical redshirt season, he transferred to Blinn Junior College in Brenham, Texas, where he played his 2009 season and ended up being recruited by Auburn for the 2010 season.

2. If Cam takes the Panthers to the Super Bowl and wins, it wouldn’t be his first championship victory.

Playing quarterback for Auburn, Cam led the team to the 2011 BCS National Championship, defeating the Oregon Ducks 22-19. As the championship indicated, Cam had an incredible personal season, as he won the Heisman Trophy, AP Player of the Year, Walter Camp Award, and Maxwell Award all in the same year. In fact, Cam’s achievements led him to being drafted by the Panthers as the first pick in the 2011 NFL draft!

Cam welcomed a little baby boy, Chosen Sebastian Newton, with longtime girlfriend Kia Proctor on Christmas Eve last year. He excitedly announced the birth on Twitter Dec. 30, writing “Our family is excited and thank you all for the well wishes!” Cam even sported socks with his son’s name and a shirt with a cartoon of himself and Chosen in a pregame workout on Jan. 18!

4. He’s not just passionate about football.

Cam is extremely involved in his community, receiving the Ed Block Courage Award from the Panthers this year for his courage on and off the field. He received this recognition partly because of his foundation, the Cam Newton Foundation, which is “committed to enhancing the lives of young people by addressing their socioeconomic, educational, physical and emotional needs,” according to the official website. The foundation’s theme, “Every 1 Matters,” incorporates his jersey number.

5. Nerves won’t be a problem for him on the field — ever.

In light of the big NFC Championship Game against the Arizona Cardinals, Cam told ESPN he doesn’t get nervous. “I’ve been playing football for too long for me to get nervous. I used to dream of being in this type of position.”

Are you a fan of Cam, HollywoodLifers? Do you hope he can lead the Panthers to the Super Bowl?