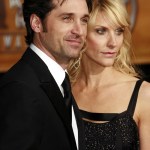 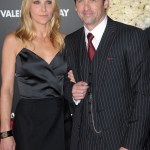 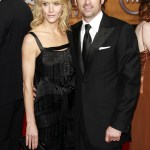 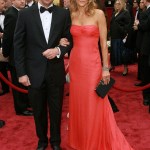 OMG! It looks like love is in the air once again for Patrick Dempsey and Jillian Fink! After spending months working to get their romance back on track, the once estranged couple has decided to give their 15-year marriage a second chance!

Patrick Dempsey, 50, and Jillian Fink, 48, are reunited and it feels so good! At a time when it seems like every Hollywood relationship is falling apart, the Grey’s Anatomy actor and his makeup artist wife have decided to  give their love another go, as a new report now claims the two have officially called off their divorce. So, why the change of heart? Find out here!

It was almost a year ago to the date that Jillian filed for divorce from McDreamy, but now it appears the two are officially back on! “There are no more divorce plans,” a source told People magazine. “Patrick and Jillian plan on being a family again. For the past year, Patrick and Jillian have been working on getting to where they are right now. They are not dating anyone else, and only each other.”

“They seem very happy and are spending a lot of time together,” the source added. “They go on dates and are also involved with the kids together,” says the source. The divorce made Patrick miserable. It was definitely a wakeup call.”

As HollywoodLife.com previously reported, Jillian first filed for divorce from the actor on January 23, 2015 after 15-years of marriage. Even after the documents had been filed though, the two continued to be seen together as it was reported that they were “working hard” to rekindle their romance.  Most recently, the couple was seen holding hands while enjoying some quality time together — in Paris, the ‘City of Love’ no less! Continuing the romantic weekend, they also went for a couples bike ride and even took a cute selfie on Pont des Arts, the city’s famous “love lock” bridge! Looks like the vacation really did them some good!

As excited as we are for the happy couple, there is perhaps no one more thrilled about their decision to reconcile than three children Tallula, 13, and twins Sullivan and Darby, 8. It’s no doubt been a tough year for the youngsters, who must be so relieved to have their family reunited. Yay, for love!

HollywoodLifers, are you thrilled that Patrick and Jillian have decided to call off their divorce? Sound off below!