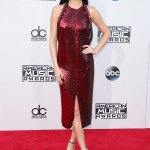 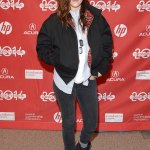 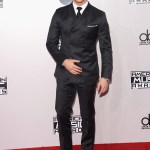 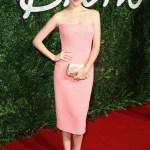 The Sundance Film Festival is officially upon us, and you know what that means: celeb sightings galore! Sexy stars like Selena Gomez and Nick Jonas are expected to make an appearance this year — and they’re not the only ones! Click here to find out what other A-list snow bunnies will be hitting the slopes!

The 2016 Sundance Film Festival kicks off on Jan. 21 in Park City, Utah, and we all know it’s not just about the amazing films— it’s also where Hollywood’s sexiest celebs can mingle and party the night away! This year, A-listers like Selena Gomez and Nick Jonas will be among the famous faces popping up in the ski town, where there are sure to be plenty of must-see red carpet moments. Best of all? They’re not the only ones! Here, we’ve rounded up 16 famous snow bunnies you can expect to see making the rounds at Sundance this year. Click through and tell us who you’re most excited to see below!

First up, we are beyond excited to hear that Selena will hitting the ski slopes this year. The “Hands To Myself” singer is set to walk the red carpet at the premiere of her new film “The Fundamentals of Caring” on Jan. 29, along with her super handsome co-star, Paul Rudd. The film is already getting a ton of buzz, so we’re sure Selena will be dressed to impress for the occasion.

Nick, a.k.a the sexiest Jo-bro, is also set to make a handful of appearances in the snowy town this year. The smoking hot singer will be on hand to celebrate a VIP screening of his new short-film, Goat, on Jan. 22, as well as attend panel discussions and interviews at the Samsung and Variety/Fandango Studios. Do yourself a favor and just picture Nick in a fuzzy ski jacket now — so cute!

Kristen Stewart will return to Park City once again this year, this time to celebrate the screening of her new drama Certain Women, which also stars Oscar-nominated actress Michelle Williams. The Twilight star will also present the film’s director Kelly Reichardt with her award at Variety’s intimate dinner affair, in addition to attending a number of exclusive parties and events.

On Jan. 24, Anna Kendrick will join the hunky (and down-right drool-worthy) John Karsinski on the red carpet at the premiere of his new film, The Hollars, which tells the story of a NYC artist dealing with his pregnant flame (played by Anna) and tumor-stricken mom (Margo Martindale). Sounds pretty heavy, but if we know Anna, we’re sure she’ll find a way to liven up the star-studded event with her killer style and signature comedic charm.Of course, these are just a few of the sexy stars expected to be making the rounds at Sundance this year. To find out what other famous A-listers will be bundling up in style, click through the gallery above. And don’t forget to tell us who you’re most excited to see hitting the slopes in the comment below!

HollywoodLifers, are you excited for the 2016 Sundance Film Festival? Which sexy snow bunny are you most excited to see? Sound off below!