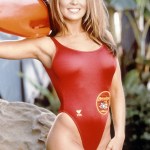 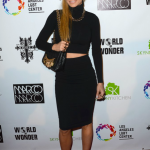 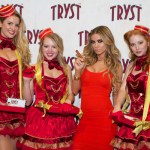 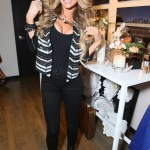 Carmen Electra wants to set the record straight about all the reports over the years that claim she’s dated everyone from Prince, Colin Farrell to even Kid Rock! You have got to listen to our interview to find out what’s true and what’s not!

Carmen Electra, 43, has dated and married some of Hollywood’s most famous celebrities but there are some guys on that list that she wants to delete right now! Carmen, who is currently the host of WE tv’s Ex Isle, tells HollywoodLife.com why she and Dennis Rodman eloped in Vegas, what led to her divorce with Dave Navarro and if it’s really true she dated Kid Rock, Colin Farrell and even David Spade!

“Actually there was a couple [on my alleged dating list] that I was like, ‘Yeah I would’ve [dated them]!’ But it’s just so crazy because they’re not all true. Some of them are. David Spade is on there and that’s not true,” Carmen laughs. “Kid Rock is not true. I met him, we shook hands, it was nice. Colin Farrell was on there – I WISH that was true!” Wow, so glad she set the record straight! But what about Prince? She was very coy and all she would tell us was: “Yeah …we were really good friends (laughs) … He gave me my name. My name is Tara Leigh and at the time there was another artist out who had a number one hit by the name of Tara Kemp I think it was, so he just didn’t want us to get confused. He said, ‘You’re Carmen.’ And I was like, ‘Ok Prince, I’m Carmen. Whatever you say!’ I don’t know where he came up with [Electra] but at first I thought it sounded like a superhero name, but it really stuck. I’ve kept it.”

Carmen made headlines in 1998 when she married Dennis at the Little Chapel of the Flowers in Las Vegas and then just nine days later, Dennis filed for divorce! “Well, a lot of reasons why it didn’t work out, and it would take forever to tell everything,” Carmen tells us. “We were in Vegas and he proposed to me. It was real, true love there. People kind of thought it was a stunt, but I saw a different side of him and I don’t know, I just sometimes can be co-dependent and really want the best in people. I think that maybe I can make them happier but you can’t change anybody. You can change if you want to but you can’t change anyone else. When we were together I spent a lot of time in Chicago, it was awesome. Watching him play – he’s just this amazing athlete. We LIVED at strip clubs!”
Of course, we had to ask her about her marriage to Dave Navarro which ended in 2006. “A lot of people say that [they want us to get back together] and we definitely have a connection, now we’re friends,” Carmen told us. “But at the time yeah, there was so much love there. And it was awesome. I mean, he’s an awesome guy. I think after getting married on MTV in a public way, and the show was the number one show, we both started getting even more work and we were separated a lot. He would go off on tour and I would be in Canada shooting a movie, and we just weren’t taking the time to spend with each other. We didn’t even go on a honeymoon after the wedding because we had to go straight to work. That’s what I believe put this distance between us. It’s really sad because we’re so compatible.” But that’s not all, you will have to listen to our podcast to find out why else she thinks they divorced.

You guys have to listen to our podcast because we play two awesome games with Carmen! Plus, she even reveals if there’s any truth to rumors she’s dated Simon Cowell!

HollywoodLifers, which guy were you most surprised by? Sound off below!