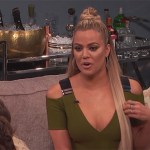 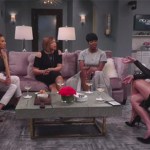 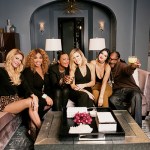 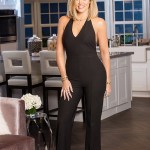 It’s finally here! Khloe Kardashian’s new TV show premieres tonight, January 20 — but what is it exactly? Where can you watch it? And who are the guests? Here’s everything you need to know about the new show.

Khloe Kardashian is ready to take on hosting! Kocktails with Khloe is pretty much a mystery at this point, and we’re not positive yet what to expect, besides the unfiltered and hilarious mouth that Khloe has. Can we expect to see her sisters or maybe her momager? That’s to be determined, but we can fill you in on a little bit. And don’t worry, we’ll be covering it every week in case you miss anything.

What the heck is it?
Kocktails with Khloe is a talk show, hosted by Khloe, where she will have celebrity friends to join her in a kitchen — based on her own — for a dinner party “filled with cooking, pop culture, conversation and outrageously fun party games.” Khloe is also executive producing the weekly, 8-episode show.

Who are the first guests?
Snoop Dogg, little sister Kendall Jenner, Aisha Tyler, Brandi Glanville and Kym Whitley will be the first to head into the mock kitchen and hang with Khloe. We were deinitely surprised that Snoop was one of her first guests after he slammed Caitlyn Jenner multiple times over the summer. However, we learned exclusively that Khloe made Snoop apologize to Caitlyn before coming on the show. “Snoop obliged and called Cait,” an insider told us. “He told he he was stupid for doing what he did and apologized. He complimented her too, telling her she looks fly in all her paparazzi shots.”

Will you be tuning in? Let us know!