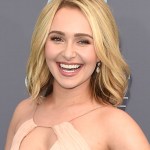 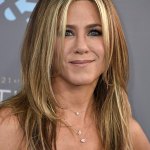 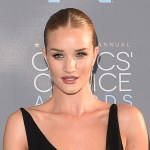 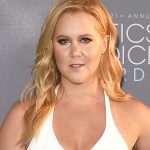 The Critics’ Choice Awards was a who’s who of celebrity royalty — see who rocked the red, make that blue, carpet with their glam makeup looks below!

The 21st annual Critics’ Choice Awards brought out some of the biggest names in film and television. We were loving the beauty looks on Amy Schumer, Gina Rodriguez, Rosie Huntington-Whiteley and many more — get the details on their glam below!

Rosie Huntington-Whiteley wore her hair in a slick, tight bun. Her skin was glowing and gorgeous and she rocked a perfect mauve lip.

Gina Rodriguez wore her hair back in a romantic updo with a few curled pieces left out in the front, framing her face. Loved that she rocked a red lip against her coral dress!

Tracee Ellis Ross wore her curly hair up in an easy bun. Her eyes were gorgeous with a pink shadow and thick black eyeliner.

Bryce Dallas Howard looked stunning with a sleek side part and her hair pulled back. Her makeup was centered on a silver smokey eye — so hot!

Krysten Ritter looked amazing in Zuhair Murad couture. Her makeup was pretty and pink, but punched up with a slightly smokey eye. She left her hair down in pretty waves.

Melissa McCarthy debuted a hair makeover, showing off a fresh new haircut. Nominated for Best Actress In A Comedy for her role in Spy, Melissa sported a serious beauty look with her hair done in loose waves and her makeup centering around a kohl-rimmed eye.

Amy Schumer went for a total beach babe look, wearing her long blonde hair in tousled waves and her skin had a healthy, sunkissed glow. She kept her makeup simple with gold eyeliner and black lashes, plus a simple glossy lip.

Who do you think had the best beauty look of the night, HollywoodLifers?