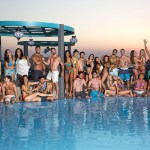 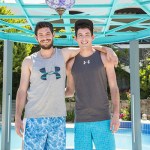 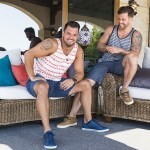 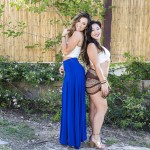 You saw CT make his grand, extremely emotional return to ‘The Challenge’ on Wednesday’s episode, paying tribute to Diem Brown, by bringing along her sister. So, would he ever really return to compete again?

Following the passing of Diem Brown, CT Tamburello hung up his realty TV hat. He had been on MTV since his season of The Real World aired in 2003. He’s competed in eleven seasons of The Challenge, made it to the finals in five, and winning one. So, why stop now right? HollywoodLife.com chatted exclusively with CT about just that.

“Never say never,”CT told HollywoodLife.com before the episode on Wednesday. “The way this one went — setting it up the way they did, I don’t think it would have been right if I just dove into another show.”

After spending nearly a year off the grid, CT felt it was the right time. “I don’t know if i would come back and do a full show — there’s no way I could have then,” he said. “I don’t know if i was mentally ready, let alone physically. It was like I poked my head out of the hole and was like, ‘Am I okay to come out now?’ [But] I made it ok to . . . not move on, but move forward.”

So, is that a yes or no from CT on the possibility of returning? “I’d like to say, ‘No, [I’ll never do another],’ but let’s be honest — that show is like Never Never Land,” he said laughing. “You go there, and you turn into a kid again!”

Alright well let’s hope that he’ll return to being a kid then soon — we all want to see him! You can watch him appear on Bloodlines again next Wednesday at 10PM ET on MTV.