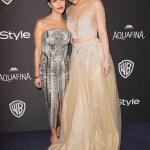 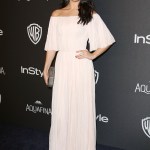 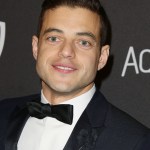 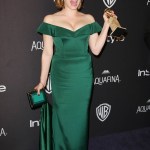 Mel Gibson’s much-younger girlfriend Rosalind Ross made her red carpet debut on the actor’s arm at an after party for the Golden Globes on Jan. 10. See the gorgeous equestrian hand-in-hand with Mel, right here!

Wow! Mel Gibson, 60, may not have been nominated at the Golden Globes, but he was definitely the big winner of the night when he showed off his gorgeous 24-year-old girlfriend on an after party red carpet on Jan. 10. See the adorable pic of him and Rosalind Ross, right here!

Mel may have had a super awkward moment when Ricky Gervais mocked his past indiscretions with the crazy question “What the hell does ‘sugar tits’ mean?,” but he didn’t let it get him down! And how could he when he had such an interesting, gorgeous woman on his arm just after the show? The pair walked the red carpet at the CAA Golden Globes after party on the Sunset Strip, according to TMZ, and they looked so freaking glam. CLICK HERE TO SEE THE PIC.

The couple looks pretty comfy together as Rosalind walks her first carpet with the controversial actor/director. Mel looks sharp in his crisp black and white tux and bow tie, and Rosalind trails along latched onto his hand showing off a plunging black gown, gorgeous gold necklace and bad-ass black manicure. Her black hair is swept elegantly back, and her smokey eye and red lip gives her a sultry, sexy look.

Mel has been with Rosalind, who is 36 years his junior, for about six months. Around Sept. rumors started swirling that the star-equestrian-turned-aspiring-play-write might be pregnant, as an insider told New Idea that she randomly stopped drinking. However, she would definitely be showing by now if that were true, and on Jan. 10 she looked sexy and slender as ever. But if Mel is bringing her to the Globes with him, it must be pretty serious so we’ll keep and eye out!

What do you think, HollywoodLifers? Is Rosalind too young for the 60-year-old, or is age just a number? Let us know in the comments below.