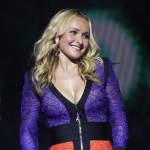 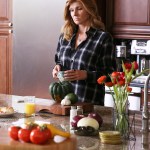 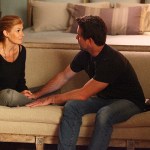 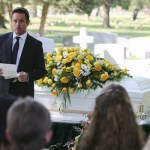 Are ‘Nashville’ and ‘Castle’ getting cancelled? ABC’s network president spilled the scoop about the beloved shows at the 2016 Winter TCA Press Tour on Jan. 10. Find out if your favorite shows will live to see another day!

Could Nashville and Castle be in jeopardy? At the 2016 Television Critics Association press tour, ABC’s network president Paul Lee revealed what’s in store for the fan favorite shows. Should Juliette Barnes and Rayna James be preparing to sing a swan song? Will Castle be solving his final case? Fans, your answers are here!

“We don’t have any plans to finish Nashville,” Paul said, according to E! Online. He added there are “no plans for Nashville other than to keep it going.” However, the official decision about Nashville season 5 will be made in May 2016. A lot can happen between now and then.

Hayden Panettiere is set to return to the show in April 2016 after leaving the show in Oct. 2015 to seek treatment for postpartum depression. It’s going to feel good to have Juliette back!

Over on Castle, Paul noted that he would love for Castle to have many more seasons. The show’s dynamic duo Nathan Fillion and Stana Katic are in the midst of contract negotiations after signing a one-year deal for season 8.

“We’d love for Castle to keep going for many years to come,” Paul said. If the show does get picked up for season 9, Castle could see changes if the show loses one of its main stars.  “There are a lot of conversations about how we can do that…there’s lots of good ideas in there. So I am feeling optimistic that we have a lot of good ideas,” he continued.

HollywoodLifers, do you want Nashville and Castle to have another season? Let us know!