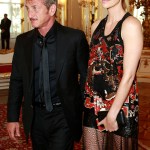 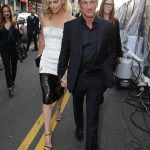 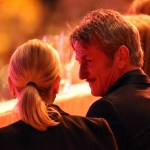 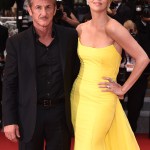 Sean Penn and Mexican actress Kate del Castillo are under investigation after secretly interviewing infamous Mexican drug cartel leader El Chapo for ‘Rolling Stone.’ Sean and Kate had been corresponding with the fugitive felon for months.

Sean Penn, 55, interviewed fugitive Mexican drug cartel head Joaquin “El Chapo” Guzman in October 2015, for a piece published for Rolling Stone on January 9. Sean and Mexican actress Kate del Castillo, 43, who helped Sean set up the interview, are now under investigation, according to Mexican government officials. So what exactly happened?

El Chapo, the highly powerful Sinaloa cartel head, was captured on Friday, January 8, in Sinaloa, just one day before the lengthy piece ran on Rolling Stone‘s website. Back in October, Sean met with El Chapo at his undisclosed hideout in the Mexican jungle, where they spoke for seven hours; the interview was completed through follow-up calls and video chats. Sean connected with the cartel head through Kate (of La Reina del Sur), whom El Chapo was supposedly speaking to in an effort to get “the story of his life told on film.” It seems likely that he thought Sean may be interested in making that film as well.

The US Department of Justice has declined to comment on Sean’s interview, or whether or not it had any hand in capturing the runaway felon. His piece provided a wealth of information about the criminal, though, including some pretty casual admissions to his crimes. He told Sean that he “supplies more heroin, methamphetamine, cocaine and marijuana than anybody else in the world.” He bragged that “I have a fleet of submarines, airplanes, trucks and boats.”

“The trust that El Chapo had extended to us was not to be f–ked with,” Sean wrote. “This will be the first interview El Chapo had ever granted outside an interrogation room.” The drug lord was originally arrested in February 2014, and dramatically escaped from Altiplano prison in July 2015. He’s been on the run ever since, until finally getting captured after a dramatic chase through the city’s sewer system. He’s been sent back to Altiplano, and is set to be extradited back to the United States.

HollywoodLifers, are you shocked that Sean is now under investigation? Tell us in the comments!