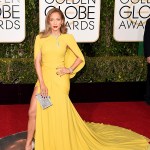 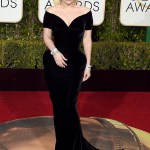 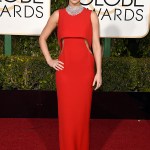 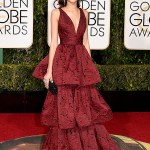 What day is it? Golden Globes day! The biggest stars in Hollywood — Jennifer Lawrence, Leonardo DiCaprio, Lady Gaga — will all be in attendance at the Jan. 10 show to see if they walk away winners! Click to WATCH the live stream of the ceremony!

The Golden Globes are always a fun night in Hollywood. Tina Fey and Amy Poehler are stepping back this year, and Ricky Gervais is returning as the host, so things are about to get interesting. Catch the entire show from start to finish by watching this live stream!

The show starts at 8 p.m. ET on NBC. It’s going to be three hours long, but time is going to fly by! Dozens of stars will be in the audience and presenting this year. Don’t feel left out by not watching. CLICK TO WATCH THE LIVE STREAM NOW! (Catch the red carpet HERE.)

It’s been an epic year in TV and movies. First-time nominees include Lady Gaga, Amy Schumer, Alicia Vikander, Caitriona Balfe, Rami Malek, Sarah Hay and more. Leonardo DiCaprio and Jennifer Lawrence are back this year in the movie categories.

Jon Hamm has one last chance to win Best Actor in a Drama Series for his role on Mad Men, but newbie Rami is definitely giving him a run for his money. Viola Davis, Eva Green, Taraji P. Henson, Robin Wright and Caitriona are all battling it out in the Best Actress in a Drama Series category.

Besties Jennifer and Amy will be facing off in the Best Actress in a Comedy or Musical, along with Melissa McCarthy, Maggie Smith and Lily Tomlin. And it’s so tough to choose between the men nominated for Best Performance by an Actor in a Motion Picture – Drama. With Bryan Cranston, Michael Fassbender, Will Smith, Eddie Redmayne and Leo nominated, how can we choose?!

HollywoodLifers, who do you want to win tonight? Let us know!