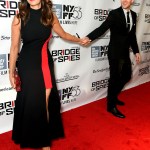 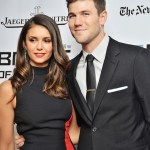 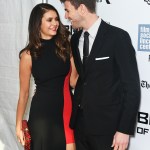 Awww…Nina Dobrev and Austin Stowell are the cutest snow bunnies ever! The lovebirds indulged in some sweet PDA while on a ski trip and Nina shared an adorable pic of the loving moment on Instagram. See it here!

Nina Dobrev’s ex, Ian Somerhalder, may have gotten married this year, but that doesn’t mean she hasn’t found love of her own, too! The actress’ relationship with Austin Stowell is really heating up, and she uploaded the sweetest pic of their winter vacay PDA on Dec. 30. Awww!

In the pic, which looks like it was taken at the bottom of a ski slope, Austin leans in for a kiss, while Nina flashes a huge smile and tilts her head back, clearly loving the attention from her man, and most importantly of all, looking genuinely happy. The former Vampire Diaries star left the photo without a caption, but their adoring looks say it all!

These lovebirds have spent the entire holiday season together in the mountains, and Nina has been sharing snowboarding pics from way back in mid-December. After a busy year, they definitely deserve a break! Austin and Nina were first linked back in May 2015, when it was rumored they were kissing at the Indianapolis 500 and then spotted together on more than one occasion — and things have been hot and heavy ever since. They even made the relationship Twitter official in October!

The actor is Nina’s first real, serious boyfriend since she split from Ian back in May 2013, and 2015 was a big year in the romance department for him, too. The 37-year-old began dating Nikki Reed in 2014, and they got engaged in Feb. 2015, tying the knot just two months later! Perhaps Nina and Austin will be ready to take the next step this year, too!?

HollywoodLifers, what do you think of Nina and Austin as a couple? Do you think they’ll last through 2016?