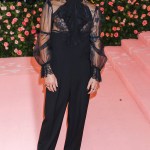 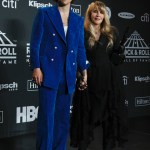 Is Harry Styles on his way to a solo career? One Direction hasn’t even officially begun their break yet, but Harry is already writing some new music — without his bandmates! Get the details here!

The guys of One Direction have discussed what they hope to do during their 18-month hiatus, but Harry Styles, 21, may have already started his plan. Although he didn’t mention anything about a solo career, Harry has apparently written four songs for himself, by himself. Could this mean Harry will go solo…and never look back?

Just two weeks after 1D performed their last live group performance before their break on X-Factor, the American Society of Composers, Authors, and Publishers released documents revealing that Harry has already co-written four songs on his own. According to the ASCAP docs, Harry has worked with songwriter/producer Gary Go and Snow Patrol‘s Johnny McDaid to write four tracks titled “5378 Miles,” “Coco,” “Endlessly,” and “Already Home.” Harry is also listed as the performer on the songs, which would mean that they’re definitely part of a solo project.

Although no further details were released, the documents immediately sparked speculation that Harry’s solo career may be happening sooner than Directioners may have expected. As much as we’d love to hear some tunes from Harry while One Direction isn’t doing anything together, we sure hope this doesn’t mean Harry will pull a Zayn Malik and leave his boy band days behind!

Harry has written on four new songs and is the performer. They are on ASCAP. -T pic.twitter.com/ILvxTwYr5c

Rumors that Harry would go solo began when a report broke shortly after 1D announced their hiatus in August, with a source telling InTouch that Harry was the “driving force” behind their break. There were even reports that Harry had already been offered a monster solo record deal with Sony!

But before we get carried away, let’s not forget that Harry shut down rumors in a recent interview with Alan Carr. Harry called the solo reports “bulls–t” and elaborated on the individual work that all the 1D boys do. “We all write kind of separately and for other people and do stuff and bring it back, and that is it really,” he said.

Okay, so maybe we don’t need to worry after all. Plus, Liam Payne has already done some solo co-writing himself with a band named Hometown, so what Harry said seems to be totally true! Even if the songs Harry’s credited on in the ASCAP documents end up being solo songs, it looks like they might just be tunes he’ll be releasing while we wait for 1D’s return. Don’t go in a different direction just yet, Harry!

HollywoodLifers, do you think Harry will be releasing solo music during One Direction’s break? Are you nervous he won’t want to return to 1D and have his own career? Tell us below!