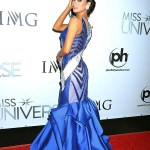 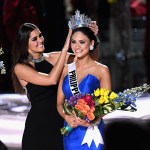 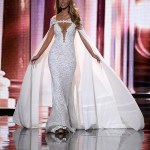 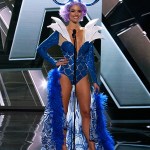 Congratulations are in order! After rounds of intense competition — and a total FLUB by host Steve Harvey, who originally announced the WRONG winner — Miss Unvierse 2015 was finally crowned on Dec. 20. Find out who won right here!

We’re so excited for the winner of Miss Universe! The gorgeous gal went up against 79 other beautiful women from all around the world, but was ultimately named the winner after the 2015 broadcast on Dec. 20, beating out the runner-up from Colombia.

Pia Alonzo Wurtzbach totally wowed judges Emmitt Smith, Niecy Nash, Olivia Culpo and Perez Hilton, along with voters and the 77 fellow contestants, with her costume, dress, swimsuit and gorgeous beauty looks throughout the show. The competition was fierce, with so many beautiful ladies also vying for the crown, but Miss Philippines was the clear winner by the end of the show. Unfortunately, host Steve Harvey, originally announced Miss Colombia as the winner, and things got really awkward when he had to backtrack and reveal that it was really the contestant from the Philippines who was taking the crown — he totally read the card wrong! YIIIIIKES!

The Philippines native takes the reign from 2014 Miss Universe, Paulina Vega, of Colombia, who proudly handed off the crown and offered her advice to the new winner. Pia definitely has big shoes to fill after Paulina’s fabulous reign! Judge Olivia, who famously dated Nick Jonas for two years, was Miss Universe in 2012, so she certainly had a keen eye for what to look for while on the panel. The group definitely made a great decision!

The field of gorgeous women was narrowed down from 80 to just 15 after the costume competition, and those remaining then walked the stage in their sizzling swimsuits. But only 10 could move on, and the Top 10 followed up by totally killing it in their breathtaking evening gowns. That group was then narrowed down to five, with contestants from France, the USA, Philippines, Australia and Colombia answered tough, on-the-spot questions, and Miss USA, Miss Colombia and Miss Philippines made it to the Final 3.

The trio walked the stage one more time, with Seal performing in the background, and it was Pia who was able to take home the $300,000 crown — and so well deserved! Miss USA, Olivia Jordan, took the 3rd place spot, with Miss Colombia, Ariadna Gutierrez, coming in 2nd.  Charlie Puth and The Band Perry also performed throughout the evening, and it was such a memorable night!

HollywoodLifers, do you think the right person won Miss Universe? Who were you rooting for?