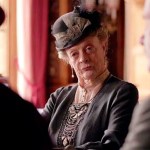 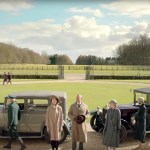 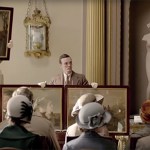 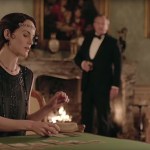 This is just so incredibly sad. Michelle Dockery ended her US media tour to race to her fiance, John Dineen’s side in Ireland to be by his bedside as he lay dying.

Our hearts go out to Michelle Dockery. The Downton Abbey star’s fiance, John Dineen died on Dec. 13 after a devastating battle with a rare form of cancer. The actress, who plays widow Lady Mary Crawley on her hit show, was thankfully able to make it in time to be by John’s side before he passed away.

Michelle and John had been dating for two years and they appeared to be madly in love. They were introduced by Michelle’s co-star Allen Leeche in 2013 and immediately hit it off. They were both Irish Catholics and John was a senior director at financial public relations firm FTI Consulting in London. But when he was diagnosed with cancer he moved back to Ireland to be closer to his family. He died at Marymount Hospice in Cork, Ireland just two days before Michelle’s 35th birthday.

“The family is very grateful for the support and kindness they have received but would kindly request that they are left to grieve in private,” a spokesperson for Michelle said in a statement. John’s funeral is reportedly going to take place on Dec. 16.

Despite the tough circumstances, Michelle did manage to get some press in during her time in the United States. She appeared on The Late Show With Stephen Colbert and on Watch What Happens Live before racing back to be by John’s side.

HollywoodLifers, our thoughts and prayers go out to Michelle during this incredibly difficult time.