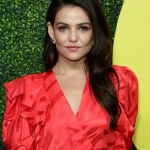 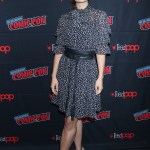 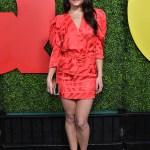 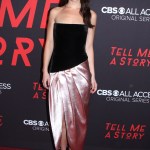 Louis Tomlinson may be expecting a baby with Briana Jungwirth, but he was looking PRETTY cozy while out with Danielle Campbell on Dec. 6. But who exactly IS this girl who may have stolen the One Directioner’s heart? Get to know her here!

Danielle Campbell, 20, is ONE lucky lady! We don’t know much about her relationship with Louis Tomlinson, but they certainly looked to be getting pretty cozy while out together on Dec. 6. So, of course, HollywoodLife.com had to do some research on this gorgeous gal, and we’ve got five fun facts to share with you right here!

1. She got her big break on a fan-favorite Fox show

At just 11 years old, Danielle landed her first role: A five-episode guest arc on Prison Break. She played the young daughter of the woman, Susan, who was dating Robert Knepper’s character T-Bag, a known sexual predator. Susan turned T-bag into the police after learning he was one of the FBI’s 10 most wanted men, and when he escaped prison, he held her and her two kids hostage. A pretty scary role for 11-year-old Danielle!

In 2010, Danielle starred in the Disney Channel Original movie Starstruck, in which she and her older sister chase a famous pop star in hopes of meeting him on spring break. Many fans have been comparing her possible relationship with Louis to her role as a crazy fangirl in this movie….but the feelings definitely seem to be mutual in her real life situation! She also starred in the Disney theatrical film Prom.

3. Her most notable role is in ‘The Originals’

Danielle got some majorly exciting news when she found out she’d been cast as Davina Claire on The Vampire Diaries‘s CW spinoff The Originals. Her character on the show is a powerful witch, and the role has definitely helped her make a name for herself in Hollywood.

4. She’s roomies with one of her co-stars

Awww — besties on-set! Danielle lives in Atlanta while she’s working on the CW show, and she actually move in with her co-star, Leah Pipes, upon arriving in Georgia to film. When filming is on hiatus, the actress lives in Chicago, Illinois.

5. She hung out with Louis even before their milkshake date!

There may be some history here between Danielle and Louis! Even before they were photographed cozying up to one another during their Dec. 6 date night, the stars were also photographed together back in November, when fellow actress, Keelin Woodell, shared a selfie of herself with the pair on Instagram. Hmm…WHAT is going on here?! While we ponder the relationship status,

HollywoodLifers, do you think Danielle is a good match for Louis?! Or should he just be focusing on his future child right now?