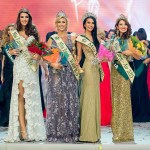 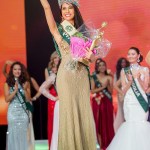 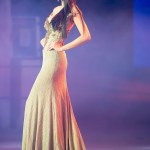 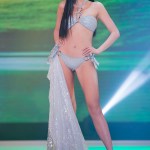 Here she is — your new Miss Earth 2015! Angelia Ong was crowned with the new title on Dec. 5 in Vienna, Austria. Here’s 5 things you NEED to know about Angelia!

There’s a new Miss Earth, and her name is Angelia Ong! The 25-year-old from the Philippines was crowned the 2015 winner at the Dec. 5 pageant. Here’s everything you need to know about the girl who just made Miss Earth history!

1. She was crowned Miss Philippines Earth in May 2015.

Just a few months later, she was crowned Miss Earth! The Philippines must be feeling pretty special right now. This is the first time in 15 years that any country has had two consecutive winners!

2. Angelia really wants to save the world.

She advocates for restoration, reforestation and minimizing carbon footprint through ecotourism. She’s like a modern day superhero!

Angelia graduated in October with a degree in Marketing Management from the De La Salle-College of Saint Benilde in Manila, Philippines.

4. Her view on same-sex marriage is profound.

During the question and answer portion of the Miss Philippines Earth pageant, she blew the judges away with her response to same-sex marriage. “If the person feels he or she needs to be married to show his or her love, then I don’t mind having [same] sex marriage. If you feel that that is love, then so be it,” she said.

5. She didn’t experience her first snow — until one week ago.

Her time in Vienna for the pageant was full of new experiences. Angelia posted on Instagram on Nov. 30 the cutest photo of herself outside in the snow. She wrote on a car, “I Saw My First Snow Today,” as the white flakes fell. Too cute!

HollywoodLifers, were you rooting for Angelia to win Miss Earth? Let us know!