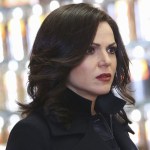 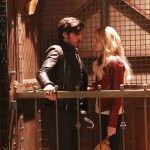 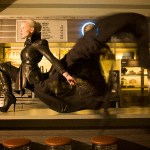 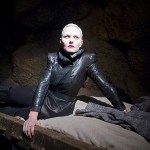 The ‘Once Upon A Time’ Dec. 6 midseason finale didn’t hold back on the shocking twists. In a jaw-dropping moment no one saw coming, [SPOILER] died in the arms of a fan favorite!

Are you still reeling from the Once Upon A Time midseason finale? Same. On the Dec. 6 episode, Hook brought all the Dark Ones to Storybrooke to wreak havoc, Emma promised to do whatever it takes to stop Hook, [SPOILER] died in the ultimate sacrifice and the gang headed to the Underworld to save someone we all know and love!

Hook was the new Head Dark One In Town, and he was taunting pretty much everyone. Emma vowed to stop him no matter what. Watch your words, Emma. The Dark Ones were taking over Storybrooke, and they had big plans. They were marking all of our favorite characters. The only way for Dark Ones to stay in the real world was to trade places with a living soul. Rumple said the fairy would eventually come to drag them to the Underworld. Unlike her family, Emma wasn’t marked. Rumple told them all there was nothing they could do — they needed to start saying goodbye.

Regina found Hook at the dock. She was there to lecture him, but he said she was a total hypocrite for trying to tell him what to do. “You aren’t the man you were when I recruited you to kill my mother,” Regina spat. Wait, what?! Hook immediately had her by the throat after she dropped that bomb. He told her to back off and never speak of that again.

That’s when we traveled back to the Enchanted Forest to when Regina and Hook met. In order for Regina to give Hook what he wanted — to go to a land without magic to get revenge on Rumple — he had to kill her mother. But first, she wanted to test him by having him kill his own father! His father had left him when he was a child, so it was a touchy subject. Hook got to know his father again, and he had son named Liam, named after Hook’s brother. His father swore he had changed, but Hook didn’t care. He KILLED him!

Snow and Charming didn’t want to fight, they wanted to spend their last moments together. Emma wasn’t going to let her plan go. She asked Regina to remember what she promised back in Camelot — to do whatever it took to get rid of the darkness. Regina reminded her that that meant they had to put the darkness in someone else. Emma offered up herself.

Emma and Regina went to Rumple about Excalibur. The only way the sword would be of any use was if Emma embraced all the darkness and used the sword on herself. But Rumple admitted that it might not work. The blade chose who it found worthy. Well, we think Emma’s pretty worthy.

Meanwhile, Regina and Zelena had some matters to discuss. Regina wanted to protect Robin’s baby from Zelena, and she knew how to do it. She used the apprentice’s wand to open the portal back to Oz. “Enjoy Oz, witch,” Regina told Zelena. But Zelena promised that Regina would see her again.

Emma watched Snow, Charming and Henry spend their final moments together, and Hook was watching her. “You know what you need to do,” Nimue said to Hook. Emma and Hook came face-to-face at their house, and he really got under her skin. He claimed the she made him the man he always wanted to be, but Emma knew that wasn’t the case. Emma apologized for what she had done and pledged to save her family, even if she had to kill Hook to do it. RIP, my Captain Swan heart.

Emma left a note for her family when she thought she would be sacrificing herself. Nimue assured her family that Hook had stopped her from doing that. Now there was nothing to prevent them from going to the Underworld. They were by the pond, and Regina stepped up to Hook and asked, “What kind of man do you want to be?”

Hook proved to be the man we always knew he could be. He stopped Nimue from hurting Emma and took the power from all the Dark Ones and put it into Excalibur. He knew what he had to do. “I don’t want to lose you,” Emma cried. “And I don’t want to lose you, but your family needs you. Let me die a hero,” Hook replied. (Anyone else sobbing?)

They both said “I love you” and shared one final kiss before EMMA KILLED HOOK. She plunged the sword in his chest. After that, she was no longer the Dark One. Everything was back as it was, including the red leather jacket. Everything except Hook. He was still dead. Emma was devastated.

‘I Will Always Find You’

After his death, Emma still had Hook’s ring and started hearing voices. She met Rumple at his shop and asked about the dagger. RUMPLE HAD IT THE ENTIRE TIME. And he was the Dark One again. Hook didn’t destroy the darkness, he just moved it into Rumple. He was now the most powerful being in the world.

Emma was floored, but she had bigger fish to fry. She wanted to make a deal with Rumple. She wouldn’t tell Belle about him being the Dark One again if he helped her get to the Underworld. When she told her family, they were shocked. But this was true love. She wanted to share a heart with Hook because their love was that strong.

Rumple opened the portal, and the gang headed to the Underworld. “Hook, we will find you. I will always find you,” Emma said as they headed to the place where darkness thrives. I’m ready. Catch up on Once Upon A Time now!

HollywoodLifers, what did you think of the midseason finale of Once Upon A Time? Let us know!