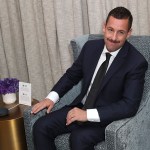 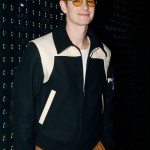 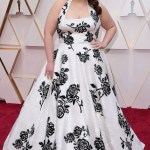 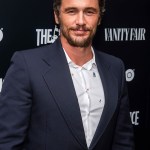 Put on your yarmulke, here comes Chanukah! Yep, it’s that time of year again, when you’ve got Adam Sandler’s parody song on repeat. Here’s the thing — there are a ton of celebs that Adam has left out of his songs, even with four iterations!

You won’t believe who still hasn’t garnered a mention in Adam Sandler‘s famous “Chanukah Song”. Everyone from Adam Levine to Queen Elsa, AKA Idina Menzel, has been featured, but there’s a surprising list of huge celebs who haven’t yet made it into the song. Check them out here, and tell us who you think should be featured in the inevitable “Part 5”!

The first Jew to be left out is James Franco. What?! Franco is like the king of weird comedy and would fit into the Chanukah Song perfectly. How about “James Franco’s brown eyes make girls melt/just like day-old Hanukkah gelt”? Then there’s Paul Rudd, who DEFINITELY needs some Chanukah Song love, not to mention Jonah Hill, who you know is hip to “smok[ing] your medical-chron-ukah”. (Actually, Seth Rogen — who made it into “Chanukah Song: Version Four” — revealed that he, Paul and Jonah have all smoked together.) Heheh.

Let’s not forget about the ladies! Mila Kunis and Maggie Gyllenhaal have yet to be mentioned, though Maggie’s bro Jake got a shout-out in “Version Four”. Then there’s funny girl Lena Dunham, who would so be down for a game of dreidel, provided everyone play in the nude. Plus, let’s not forget about Glee‘s Dianna Agron, Amanda Bynes and Kate Hudson — the latter once participated in a contest called “The Jew-Off“, which if you haven’t seen, please do so immediately.

Finally, everyone’s favorite Spider-Man, Andrew Garfield, has also been denied “Chanukah Song” love, as has The Social Network‘s Jesse Eisenberg. Come on, Adam Sandler. His name literally has “berg” in it. It has to be done.

HollywoodLifers, who do you think should be mentioned in an eventual “Chanukah Song Part 5”?