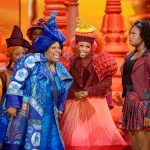 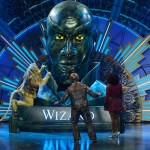 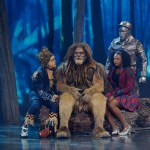 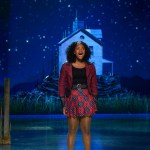 Now that she’s a huge star, Shanice Williams needs a movie star boyfriend on her arm, too! ‘The Wiz Live!’ star is majorly crushing on Michael B. Jordan, she told HollywoodLife.com EXCLUSIVELY!

Did you hear that, Michael B. Jordan? A gorgeous, talented lady has her eye on you! Dorothy from The Wiz Live!, Shanice Williams, told HollywoodLife.com EXCLUSIVELY that she loves the Creed star! Yes, loves! So are there going to be any sparks between these two? Or maybe, a date??

HollywoodLife.com asked Shanice who her celebrity crush is. “Michael B. Jordan, but he is a little older than me,” she said, laughing. “But I love him!” Now that would be one cute couple! Shanice is 18 years-old, and Michael is 28 years-old, so there is definitely a bit of an age gap there. But it seems like Michael would have a hard time resisting the allure of such a beautiful and amazing woman. And we totally get why she’s smitten with Michael; have you seen him? So is Michael going to ease on down the road to Shanice’s place?

Shanice just completed her stunning breakout role as Dorothy in The Wiz Live!, to rave reviews. This is definitely just the beginning of a long and successful career; there are probably plenty of times she’s going to be running into Michael now that they’re in the same biz! If only we had the opportunity to potentially work with our celebrity crushes!

Shanice’s timing is impeccable. Michael just told GQ that he’s definitely single. After being spotted leaving the Met Gala at the same time as Kendall Jenner, he dispelled rumors that they’re dating — they’re just friends! Though he said he’s not interested in dating much right now (he’s too focused on his career), he’ll reconsider for someone “undeniable.” Michael, meet Shanice!

HollywoodLifers, do you think Shanice and Michael should start dating? Tell us in the comments!