From lacey Givenchy to belly baring black mesh, Kim Kardashian has had some pretty epic maternity looks throughout the course of her second pregnancy. Here, we’ve rounded up our picks for her 8 most outrageously sheer outfits of the past nine months. See them below!

Kim Kardashian, 35, struggled with her maternity fashion during her first pregnancy with North West, but this time around, the expecting momma killed it with one sheer look after the next! Feeling more confident in her style, Kim dared to bare throughout the course of her second pregnancy, opting for barely-there looks that completely showed off her figure. Now, as she prepares to welcome her baby boy, we’re taking a look back at her top 8 sheerest maternity looks. Which sexy look was your favorite? 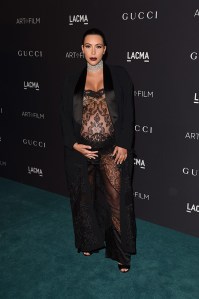 Kim bared her growing baby bump in a sexy lace jumpsuit at the LACMA Film + Art Gala on Nov. 7 in Los Angeles — hands down her sexiest maternity outfit to date! All the attention was on Kim’s 8-month pregnant belly, which was put on full display in this sultry Givenchy ensemble. 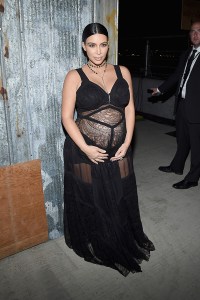 Fans got another eye-opening look at Kim’s heavily pregnant belly when she stepped out for the Givenchy fashion show at New York Fashion Week in September. The Keeping Up With the Kardashians star flaunted her figure in a daring black lace gown that revealed her ample cleavage. 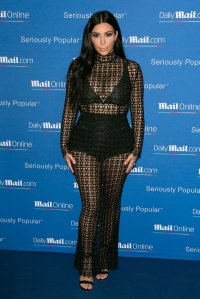 Kim left little to the imagination, as she arrived to a MailOnline yacht party, held during the annual Cannes Lions Festival, back in June. Then just a couple months pregnant, Kim wasn’t afraid to show off her growing baby bump under a skintight black mesh dress that gave a clear look at her pregnancy cleavage and black undergarments. 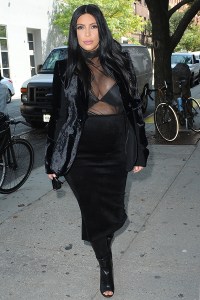 Kim may have covered up her bump, but she put her ample cleavage on full display while strolling the streets of New York City in September. 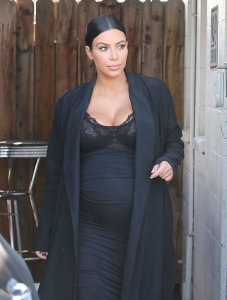 The hot mama was spotted showing off her insane pregnancy cleavage once again while leaving a production studio in Los Angeles in October Here, she opted for a skintight black maxi dress that gave a look at her black lacey bra underneath. 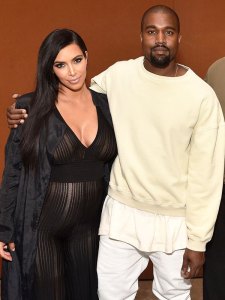 Kim was a huge fan of jumpsuits this time around. For the LACMA Director’s Conversation with Steve McQueen event in July, the reality star slipped into an black Balmain jumpsuit that featured not only a plunging neckline, but also ultra-sheer panels! 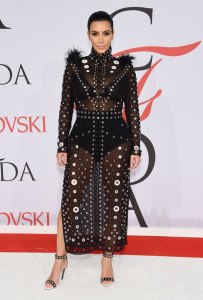 Just after announcing that she was pregnant with her second child, Kim attended the 2015 CFDA Awards in this completely see-through Proenza Schouler dress. It was definitely one of the boldest and most revealing looks of her entire pregnancy. 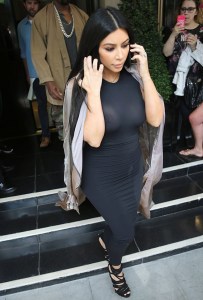 Finally, who could forget this eye-opening number. Though completely covered up, Kim gave fans a close-up look at her bare breasts, going braless in a thing black tank dress while exiting the Dorchester Hotel in London in June.

HollywoodLifers, which of Kim’s ultra-sheer pregnancy looks was your favorite? Sound off below!