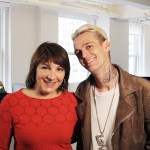 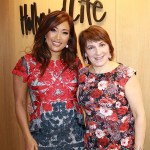 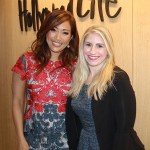 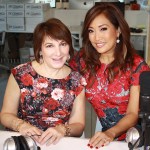 Angela Bassett is stirring up trouble on ‘American Horror Story: Hotel,’ and she spilled to HollywoodLife.com EXCLUSIVELY on working with Lady Gaga, Ramona’s relationship with Donovan, her new video game, ‘Tom Clancy’s Rainbow Six Siege,’ and more on our latest podcast! Click to LISTEN!

Angela Bassett, 57, is fierce beyond words. She’s been kicking butt and taking names in Hollywood for a long time, and she’s been stealing the show on American Horror Story for the past three seasons. Angela is featured on our latest HollywoodLife.com podcast and teases a possible hookup with Matt Bomer, 38, on AHS, reveals that she loves playing “evil” characters, and more! Listen now!

“I like acting evil on the show — you never do that in real life. It’s a chance to go manic, go crazy, because I’m so pulled together and considerate,” Angela said about American Horror Story. Well, Angela’s certainly had fun with her roles these past three seasons. Her role as Ramona in Hotel may be her baddest AHS role yet. She takes a wicked turn as the scorned ex-lover of Lady Gaga’s The Countess, and she just so happens to be a vampire.

Her character has teamed up with Matt’s character to get revenge on The Countess. As expected, Matt and Angela have INSANE chemistry, and she teases that there could be something more between these two. “He comes in here, swiveling his hips, getting all up on a sister, all up in your grill,” she continued. We’re totally down for these two.

Angela is one of many stars who returned for the fifth season of American Horror Story. Lady Gaga was the newest star to join the cast, and Angela admits that the singer is “marvelous to be around.”

“Lady Gaga makes me blush. She’s very free, just lovely. It’s nice, I appreciate someone who’s free with themselves. It makes everyone else comfortable because Ryan Murphy puts you in these crazy situations, and you read the script and you’re like, alright, but then you say, I signed, up, I have to do it! To go set with someone who’s as big a star as she is, you’ve had your ideas, everyone’s a fan. For her to be so comfortable and embracing, warm, and laughs at herself, easy, and really appreciates what we do as actors so she’s marvelous to be around,” Angela told us.

American Horror Story: Hotel airs Wednesdays at 10 p.m. on FX. Catch up on the show by buying past seasons on Amazon now! And make sure you pick up a copy of her new video game when it comes out on Dec. 1!

HollywoodLifers, how are you liking American Horror Story: Hotel? Do you think Ramona and Donovan will hook up? Let us know!