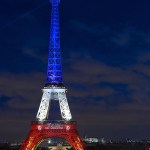 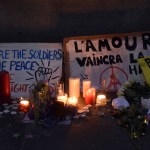 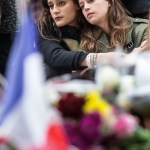 Well, it looks like Parisians will no longer have to wonder if they’ll be with or without U2, as the band canceled its planned Nov. 14 concert at the city’s AccorHotels Arena in wake of the horrific terrorist attacks on Paris on Nov. 13.

Following the horrific terrorist attacks on Paris on Nov. 13, U2 decided to cancel its planned Saturday evening, Nov. 14, concert at AccorHotels Arena, which was set to air on HBO.

“As a result of the ongoing state of emergency across France, the U2 Paris concert scheduled for 14th November will not be going ahead as planned,” the band said in a statement, according to HollywoodLife.com‘s sister sister Deadline. “U2 and Live Nation, along with HBO who were due to live broadcast theSaturday concert, are fully resolved to go ahead with this show at an appropriate time.”

HBO planned to air the concert special at 9 p.m. ET on Saturday, Nov. 14. At this time, there’s no word on whether the band will also cancel their show on Nov. 15, which happens to be scheduled at the same venue.

“We watched in disbelief and shock at the unfolding events in Paris and our hearts go out to all the victims and their families across the city tonight,” U2 continued in their statement. “We are devastated at the loss of life at the Eagles of Death Metal concert and our thoughts and prayers are with the band and their fans. And we hope and pray that all of our fans in Paris are safe.”

As HollywoodLife.com previously reported, the President of France, François Hollande, declared a state of emergency and closed the country’s borders after the terrorist attacks. Just as well, Paris announced that all public gatherings would be cancelled, so that might be why the concert was nixed.

What do YOU think, HollywoodLifers? Did U2 do the right thing by cancelling their concert?