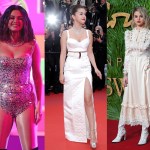 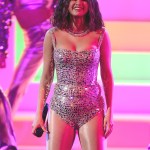 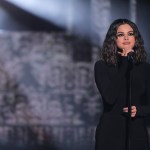 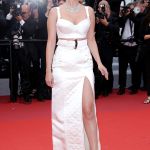 Did Selena Gomez throw some shade at Justin Bieber for his Latin remix of ‘Sorry’ Nov. 5? She had quite the exquisite yet subtle burn and let him know via her Instagram. See the songbird’s surprising reaction to her ex’s latest project!

Selena Gomez, 23, apparently isn’t a fan of Justin Bieber‘s, new Latin remix of “Sorry” featuring Jay Balvin. While Justin claimed “the Latino girls are going to go crazy” for it,  Latina Selena didn’t think very highly of the idea. While she didn’t call him out directly, she let the words on an Instagram photo do the dissing for her, and you’ll never believe what she had to say!

Sorry Justin, Selena isn’t a big fan of your new Latin remix of “Sorry” and she put him on blast via her Instagram account. Almost immediately after Justin announced the new version of his hit single Nov. 5, she gave it a big thumbs down. She posted a photo to her Instagram with a little girl holding a coffee mug with the words “Drink some coffee, put on some gangster rap and handle it” underneath. She didn’t caption the photo and let the message do the talking for her!

After Justin debuted the new remix, he did a couple of Instagram posts of him pretending to talk to Jay about the song. In one of them, Jay calls up Justin and in Spanish asks him to do the project, to which Justin responds “Yeah, I wanna do this remix. The Latino girls are going to go crazy!” Well Justin, your Latina ex-girlfriend didn’t think much of the raps that Jay laid down in Spanish during the song.

Sel’s reaction was a little surprising, especially since earlier she had “liked” a Biebs Instagram post on Nov. 5 featuring a timeline of she and her ex-boyfriend‘s relationship. The post consisted of six photos of the former couple through the years, and in four of the pics, they are literally kissing! But then again, she might be a little upset at Justin for revealing he hasn’t listened to her new album Revival, telling Billboard magazine that “I know I had a lot of play in that one. I don’t know what she’s saying about me.”

HollywoodLifers, what do you think of Selena’s subtle diss about Justin’s Latin remix? Sound off in the comments below!