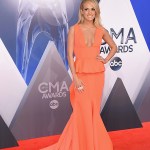 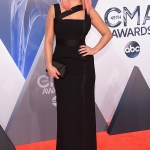 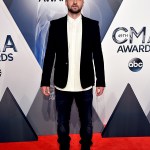 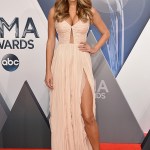 Kacey Musgraves looked totally hot when she took the stage to sing her hit song in a leotard and boots! But everyone couldn’t help but think she wasn’t wearing anything down below because her guitar was covering her sparkly outfit!

Kacey Musgraves, 27, has everybody talking about her CMAs performance on Nov. 4 in Nashville. The country cutie took the stage in an outfit fit for Dolly Parton with all its sparkles! But she made sure to show off one of her best assets and we’re not talking about her voice — her legs!

She sang  “Dime Store Cowgirl” in a cowboy hat, boots and itty bitty leotard. We thought she totally rocked the outfit and her performance was great. We love Kacey and think she’s one of the hottest stars in country music right now. Check out some of her performance below:

She also showed fans what she was going to wear earlier in the evening and it was SO sparkly!

The night was full of a lot of fun moments and we must admit Brad Paisley and Carrie Underwood were awesome hosts. They had us in stitches all throughout their opening monologue and we couldn’t believe the Blake Shelton diss. Carrie coyly said: “Of course, we can’t ignore the breakup that really rocked the world … Two people we know and love … Miss Piggy and Kermit.” But then Brad chimed in and said: “In a completely different topic of no relation… Howdy, Blake!” We also have to admit that the Star Wars-esque intro was hilarious and we loved seeing Carrie dress up as Carrie Fisher from the classic film.

HollywoodLifers, what did you think of her performance?