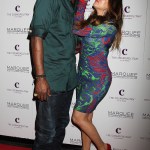 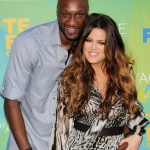 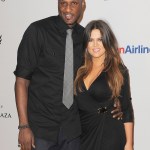 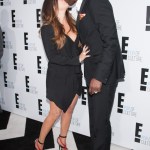 Lamar Odom’s estranged wife Khloe Kardashian has dropped everything to be by his side ever since he was found unconscious in a Nevada brothel. Her ‘life revolves around him’ now, which makes her family very worried, a new report claims.

Khloe Kardashian, 31, gave up so much of her life to be with Lamar Odom, 35, during his heath crisis and recovery period. Although Khloe’s family is relieved that Lamar is okay, they are super concerned that her life will suffer from this unfortunate situation, according to a new report. Find out more.

Khloe reportedly put her relationship with NBA player James Harden on hold, she put her book tour on hold and she left the comfort of her own home to be by Lamar’s side in the hospital while he fought for his life. Now that he’s in recovery, her life still “revolves around him,” and her fam is worried, an insider shared with Us Weekly.

Khloe was the happiest when she was with Lamar, but given the circumstances of his addiction problems, her family worries for her even though they know “Khloe will do what she wants to do,” the source explained. Khloe is so involved in Lamar’s life now that she even allegedly made the guest list containing the people who are able to visit him in recovery! Lamar’s dad, Joe Odom, is not too happy about this though.

“I’m upset because this is the second time to see my son and they won’t let me see my son,” a disgruntled Joe told TMZ outside Cedars-Sinai on Oct. 28. “And, you know, it’s a lot of sabotage things going on. Why can’t I see my son? I brung him in the world. I’m highly upset.”(CLICK HERE TO WATCH THE INTERVIEW WITH JOE).

When asked who made the visitor’s list that didn’t include him, Joe claimed, “Khloe Kardashian,” adding that he and Lamar saw each other “every other day” when the former Lakers star was living in Las Vegas before his alleged overdose. “I tried reaching out to everybody,” he said. “That’s why I’m here now, you know? And it’s pissing me off.”

HollywoodLifers, do you think Khloe did the right thing by dropping everything in her life to take care of Lamar? Let us now your thoughts in the comments below!