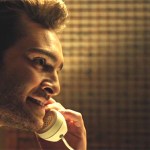 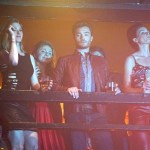 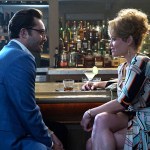 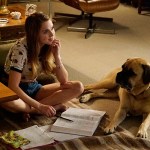 Who’s ready to see a whole new side of Ed Westwick and Erika Christensen? Well, say hello to your newest guilty pleasure. This sneak peek of the ‘Wicked City’ premiere will make you really excited, and yes, a little scared.

If you watch one new show this fall, let it be Wicked City. “In 1982, the Sunset Strip was a killer,” the log-line reads and this sneak peek shows that, exactly. We get to see what kind of man Kent (Ed Westwick) is when it comes to his leading lady — controlling, intriguing, and well, intense.


The preview starts with Kent singing along to the 1982 hit by Romeo Void, “Never Say Never,” but his happy mood quickly changes not to angry when he gets a call from Betty Beaumont (Erika Christensen), who lets him know she has to cancel their plans to work.

“What do you mean you can’t go to the whiskey tonight? I’m meeting another friend there, too. There’s something I want to show you that I think you’ll like. I’ll be a party…,” he says, but she can’t get out of work — and that’s not what he wants to hear. “I thought we had a real connection. How about understand me? What about my needs?!”

Let me just remind you that we got the chance to chat with Erika before the show, and she told us that this role is much different and much racier than what’s she’s used to — but she thinks her role does relate to real women. “I think it’s really interesting because when we meet Betty, she’s not super comfortable in her own skin,” Erika told HollywoodLife.com. “ She falls for someone who’s so dangerous and seems to be down for anything. It think it’s fascinating to see where you go from there and how that can affect someone. Were approaching it somewhat playfully in that. It’s an interesting real-life question: ‘What do you do when you fall for someone dangerous?'”

Well, I guess we’ll have to wait and see — and trust us, you don’t want to miss this show. Wicked City premieres tonight, Oct. 27 at 10PM on ABC.