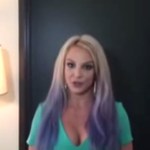 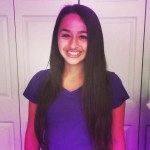 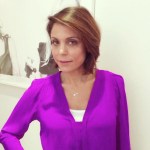 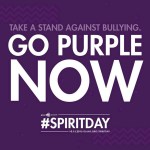 Celebrities all over the country went purple to celebrate Spirit Day, standing strong against bullying and discrimination in the LGBT community. What better way to show your pride than by wearing the color that symbolizes “spirit” on the LGBT rainbow flag?

Celebrities like Caitlyn Jenner, 65, Britney Spears, 33, and even Monica Lewinsky, 42, took to Twitter on October 15 to voice their support for Spirit Day, the day celebrated since 2010 in which supporters wear purple to stand aligned with LGBT youth. Whether they went purple or announced the importance of the day, it’s clear that this issue was near and dear to their hearts!

Many celebs who identify as LGBT, like Caitlyn, or Laverne Cox, 31, or play an LGBT character, like Grey’s Anatomy‘s, Sara Ramirez, took Spirit Day incredibly seriously. They know the trials that LGBT youth face, and the importance of weaving a strong network to give bullied kids hope and safety.

Though Monica does not identify at LGBT, she has spoken out eloquently about the drastic levels of bullying she faced as a young woman after her scandal involving President Bill Clinton; she knows firsthand what being ridiculed can do to a person. These kind, empathetic celebs are shouting from the rooftops their support!

Spirit Day was created by brilliant teenager Brittany McMillan after a string of high-profile suicides of gay teens. The organization worked with millions of teachers, celebs, corporations and the media to raise awareness for this plight; wearing purple, the color symbolizing “spirit” on the LGBT flag, was the main way to partake. Spirit Day takes place on the third Thursday of every October — National Bullying Prevention Month — and is “the most visible day of support for LGBT youth,” according to GLAAD.

I'm joining @glaad and taking a stand against bullying for #SpiritDay! Join me at http://t.co/mwWHWq2enn pic.twitter.com/HIq3CL0uYJ

Sign the #SpiritDay pledge and you could win tickets to meet @britneyspears in Vegas! http://t.co/0znsqAhnOE https://t.co/7GB6PqcbgB

Go purple for #SpiritDay with me and @glaad to show LGBT youth that we've got their back !! http://t.co/6npFP9p9w4

Watch why @Vitcamm and I are going Purple for #SpiritDay!!!! pic.twitter.com/BOf3P2TEnE

Whether ur a super-queero or a super-hairo, nobody deserves to be bullied. @TrevorProject has ur back. #SpiritDay pic.twitter.com/o9i0OXqb2k

Go PURPLE now and take a stand against bullying for #SpiritDay Stand up for LGBT youth💜💜💜 http://t.co/tpU0OjUyU1 pic.twitter.com/ojxDRml0wL

It’s inspiring to see so many celebrities so passionate about this cause. When they have such power behind their voices, it’s refreshing to see them use it for a good cause. Lifting up LGBT youth is a wonderful way to spend the day! Hopefully, their examples over Twitter will inspire so many more to partake in Spirit Day this year!

HollywoodLifers, are you celebrating Spirit Day this year? Tell us in the comments and take our poll!