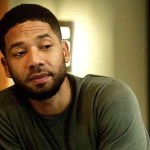 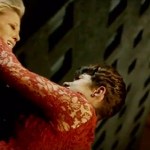 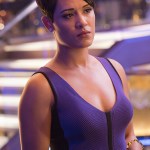 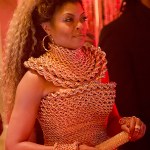 Feud? What feud? In an attempt to shut down rumors, claiming they don’t get along, ‘Empire’ co-stars Taraji P. Henson and Terrence Howard engaged in an insane, but hilarious ‘argument’ and posted a video of it on Instagram. Watch it here!

Fox’s Empire may be pretty dramatic, but when the cameras stop rolling so does the drama. Taraji P. Henson actually took to her Instagram on Oct. 7 to squash rumors after a report claimed she and co-star Terrence Howard have been feuding with each other.

“”HA! Word on THA street is Terrence and I don’t get along! Like I would fight to work with someone I DO NOT get along with?! Don’t be silly,” Taraji, 45, captioned two funny videos of them, adding: “#GottaComeBetterThanThat #StupidRumors #DummysWastedPaperAndInkOnthatBS oh and watch #Empire tonight.”

In the clips seen below, Taraji and Terrence pretend to have a heated argument. “You know what, I’m sick of you. You’re such a diva. Since I got you this job, you think you’re all that … who do you think you are?” Taraji says. Jussie Smollett, who plays Jamal on the highly-rated series, then appears in the video and seems to be having fun watching his TV parents arguing with each other before they cut the “fight” short to promote their show.

“I love you Terrence!” she then tells him before giving him a sweet kiss on the lips.

HA! Word on THA street is Terrence and I don't get along! Like I would fight to work with someone I DO NOT get along with?!Don't be silly. #GottaComeBetterThanThat #StupidRumors #DummysWastedPaperAndInkOnthatBS 😂😂😂😂😂😒 oh and watch #Empire tonight💪🏾💋💋💋 😂😂😂 @sanaahamri @jussiesmollett @gabby3shabby 😒😒😒

And Taraji does love Terrence. So much so that she fought for him to play Lucious Lyon on the Fox series. If you ask us, they look like the best of friends, which makes us so incredibly happy.

What do YOU think, HollywoodLifers? Are you a fan of Empire? Did you laugh while watching their fake fight? Vote in our poll and tell us how you feel!