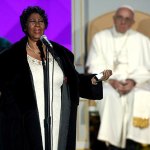 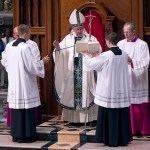 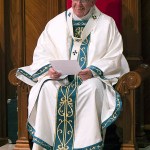 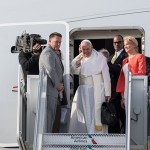 What a quick trip! From the moment Pope Francis touched down in Washington D.C. on Sept. 22, he had a ton of things to do and many sights to see. Now that his visit to the United States is over, let’s go back and take a look at everything he accomplished in the last six days!

Pope Francis, 78, hit the ground running when he arrived in Washington, D.C. on Sept. 22. While his schedule was jam-packed with events, thankfully there were wonderful citizens on standby to document his every move for those of us who weren’t able to catch a glimpse of the Pope in person. Take a look at these photos from his historical trip here!

After landing in the nation’s capital city his Holiness had the night to recover before he officially started his visit the very next day. On his first full day in Washington, D.C., Pope Francis was welcomed to the United States with a ceremony and a meeting with President Barack Obama, 54, at the White House. Once the ceremony and meeting with the president was over, he participated in a Papal Parade along the Ellipse and National Mall, then went on to pay with the bishops of the U.S. at St. Matthews Cathedral. The pope then ended his first day with the Mass of Canonization of Junipero Serra at the Basilica of the National Shrine of the Immaculate Conception. That was just one day!

From Washington D.C., he travelled to New York City on the evening of Sept. 24. Before leaving the capital, Pope Francis addressed the U.S. Congress and visited two more churches to complete his visit. In the evening, the 78-year-old travelled to NYC where he went straight from the airport to St. Patrick’s Cathedral for the evening prayer. His Holiness then spent the next day and a half in New York City where he visited the 9/11 Memorial, World Trade Center, a Catholic school, and ended the day with a mass held at Madison Square Garden.

His U.S. schedule seems like it’s never ending! On his final day in America — for now — as the Pope touched down in Philadelphia, Pennsylvania on the morning of Sept. 26, he immediately went to the Cathedral Basilica of Saints Peter and Paul for morning mass and later in the evening he visited the Independence Mall and the Festival of Families Benjamin Franklin Parkway. Pope Francis didn’t rest and sightsee on his last day in the United States! Instead he had a meeting with bishops, visited a correctional facility, held a mass for the conclusion of the World Meeting of Families, met with organizers, volunteers, and benefactors from the event, and then flew home to Rome. Whew! He must be exhausted from the extensive trip.

Tell us, HollywoodLifers, what was your favorite part of the Pope’s visit to the United States of America?