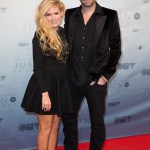 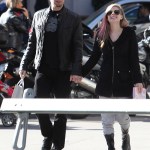 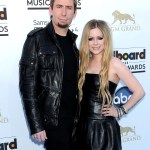 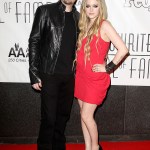 So sad — Avril Lavigne and Chad Kroeger have decided to end their relationship after two years of marriage. But things seem to be amicable between the duo, and they announced the news via a touching Instagram message in which they reflect fondly on their relationship.

Another one bites the dust. After a summer full of celebrity splits, Avril Lavigne, 30, and Chad Kroeger, 40, are continuing the trend and have decided to separate. Avril broke the news via Instagram with an emotional message — read it here.

“It is with heavy heart that Chad and I announce our separation today,” the singer wrote on Instagram Sept. 2. “Through not only the marriage, but the music as well, we’ve created many unforgettable moments. We are still, and forever will be, the best of friends, and will always care deeply for each other. To all our family, friends and fans, thank you for your support.”

Interestingly, Avril chose to share a sweet photo from the exes’ wedding to announce the news, in which they’re dancing, holding hands and looking at each other with huge smiles on their faces. The former couple were friends before they started dating in mid 2012, and they got engaged in August of that year. They tied the knot on July 1, 2013 in France.

Sadly, these two have faced relationship problems in the past. Although Chad gave Avril a gorgeous 17-carat diamond ring for their one-year anniversary in 2014, reports from a month later alleged that they were living separate lives. Avril even celebrated her 30th birthday without her then-hubby by her side.

Before Chad, Avril was married to Sum 41 frontman Deryck Whibley. They tied the knot in July 2006, but announced their split three years later, with Avril filing for divorce on Oct. 2009. The break up was made official on Nov. 16, 2010. Interestingly, Deryck married his new lady, model Ariana Cooper, in Los Angeles on Aug. 30.

HollywoodLifers, what do you think of Avril and Chad’s split? Are you surprised or did you see it coming?