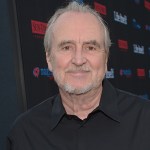 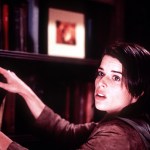 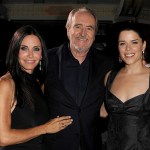 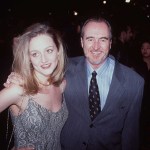 Neve Campbell says she wouldn’t be who she is today without Wes Craven — and we have to agree. The director and horror legend passed away at 76 on Aug. 30 and now the stars of the ‘Scream’ trilogy are speaking out.

What would horror be with out Scream, The Nightmare on Elm Street and The Hills Have Eyes? The term “Do you like scary movies wouldn’t exist,” for one, but there’s a good chance that the horror genre in general would have been completely different without the impact that Wes Craven had on films. Scream 4 was released in 2011 and was the last film he did before his death. Wes passed away in his LA home from brain cancer, but the cast of Scream are just remembering him for what he was: hilarious, kind, and an all around great friend.

Neve Campbell, who was the star of all Scream films as Sidney Prescott, released the following statement:

We lost a great deal of magic yesterday. I’m devastated to hear of Wes’s passing. My life wouldn’t be what it is without him. I will be forever grateful for his brilliant direction, his wicked sense of humor and his consummate kindness and friendship. He has entertained us all for decades and inspired so many to follow in his path. I loved Wes dearly and will miss him always. Thank you Wes!!!

Many members of the original movie then took to Twitter:

Today the world lost a great man, my friend and mentor, Wes Craven. My heart goes out to his family. x

I wud have no career if it were not for WES CRAVEN. Thank you for believing in me and giving me a chance. #nowords pic.twitter.com/dNseHweJcF

Thank you for being the kindest man, the gentlest man, and one of the smartest men I've known. Please say there's a plot twist. #wescraven

Wes Craven was simply the best. He was a complete GEM. They're about to get the crap scared out of them in Heaven. #LoveYouWes

One of the nicest directors I've worked for has passed , the horror films were your passion yet u were full of love #WestCraven #RIP .so sad

He directed me in Scream3 and I directed him in J&SB. Fare thee well horror-Gretzky WES CRAVEN. Talented, good guy. http://t.co/LZB0EGzxfV

And of course, the voice behind the mask:

Thank you, Wes, for all your many gifts. "Gratitude is the music of the heart, when its chords are swept by the breeze of kindness."

entertain the other side, tell them your ghost stories. with so much love and appreciation. you will be missed. #wescraven

The writer of the films, Kevin Williamson also took to Twitter:

Wes. Such a sweet, special man. So many memories…

Today we lost a great one. Wes was hero and mentor. I've been blessed. Prayers to his family.

What is your favorite Wes Craven film, HollywoodLifers?