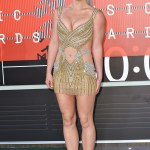 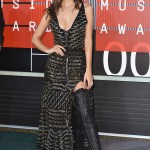 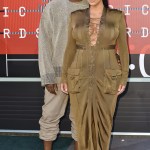 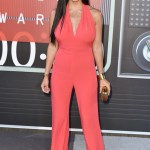 No, your eyes are not deceiving you — Miley Cyrus really did light up a joint, take a hit, and pass it around to the press backstage at the VMAs. Click inside for video!

Miley Cyrus, 22, was ready to celebrate her first-ever hosting gig when she arrived backstage after the 2015 MTV Video Music Awards on Sunday night, Aug. 30 in Los Angeles, Calif. As soon as she walked in she picked up a mic to announce that the press were her “friends,” and then she revealed that she brought them a joint to share with her. And yes, she passed it around the room!

Not every celebrity would be this cool with the press, especially after hosting a huge awards show on MTV. But, that’s what makes Miley stand out from the rest — she brings the press joints! That’s right, when Miley — whose last studio album, Bangerz, can be bought here — went to take her final photos of the night with her honorary moon man statue, she revealed that she brought a joint for everyone to pass around.

“Everyone, I’m sure all of us have known each other for a really long time. Even though I’m not old, I’ve been doing this shit for a while,” Miley explained. “Because you’re all my friends, and my song is kind of, sort of, about the love of marijuana/the love of human kind, I brought a little joint if anyone would any. Anyone?”

Of course the group of photographers, publicists, and other press related people were totally into it and cheering Miley on. She made her way to the center of the group, passed the joint to a photographer, and then stepped back to keep posing. Too funny!

“I didn’t actually win one of these. They just give it to you for free because you host,” Miley said as she held up her own moon man. “I’ve been hosting so I got used to the microphone and talking to people like they give a fuck, so I’m just gonna keep doing it in my normal life also.” Like your song says, just do it, Miley!

Even better? Once she was done posing for pictures, Miley made sure to get her joint back from the crowd before heading backstage for the night. She returned briefly to randomly pass out some avocados, but refused to answer any questions before leaving again.

Tell us, HollywoodLifers — What do YOU think about Miley’s backstage antics? Comment below with your thoughts!