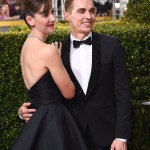 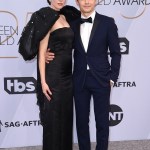 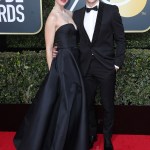 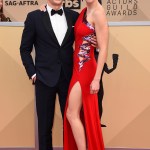 Whoops! James Franco meant well, but when he posted an Instagram on Aug. 25 congratulating his little brother, Dave, on his engagement to actress Alison Brie… he misspelled her name!

Oh, no! James Franco, 37, has a thing or two to learn before becoming a brother-in-law to Alison Brie, 32, when she marries Dave Franco, 30. The couple confirmed their engagement on Aug. 24 after Alison appeared at a screening for Sleeping With Other People with a diamond engagement ring on her finger. James is so happy for Dave and Alison that he posted about it on social media — but his message had one typo that we just can’t ignore!

James posted a picture of Community star Alison and Dave strolling hand in hand on his Instagram:

He added a sweet caption: “Congrats Davy and Allison!!! engaged!!!💍 I WUUUUUV YOU❤️” However, her name is “Alison”, with just one “L”. Awkward! Hopefully she doesn’t mind his slip too much. After all, she still has plenty to celebrate right now!

This has to be one of the most low-key engagements of 2015 — Alison simply appeared in public wearing a $25,000 rose gold double halo ring! It makes sense, though, because Ali and Dave are generally very private, and are almost never photographed together despite the fact that they’ve been dating since 2012. Alison and Dave were first spotted together holding hands in a supermarket in May 2012, and the rest is history.

Alison’s new bling is nothing to sneeze at — it could be worth between “$20-25,000”, according to Elizabeth Woolf-Willis of Simon G. Jewelry. “The diamond looks pretty significant, possibly around 2 cts.” What we wouldn’t give to receive a diamond solitaire ring from a Franco brother! Fans — and us — are so excited for the impending nuptials, and we’re sure the wedding will be absolutely beautiful, if that ring is any indication. Plus, Dave and Alison haven’t previously walked a red carpet together, but maybe now that the engagement is on, they’ll appear in public more often! James will be right behind his brother, cheering him on the whole time…and hopefully will start using spellcheck!

HollywoodLifers, should James Franco be forgiven for his typo? Let us know!